Adrian Peterson suspended for the rest of 2014 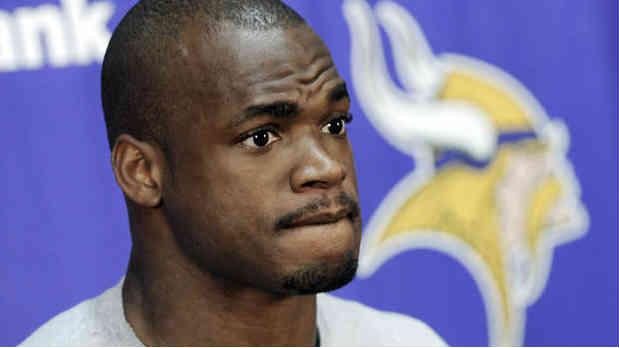 Adrian Peterson will not suit up for the Vikings' week 12 match up with the Green Bay Packers. According to a league statement, the NFL suspended Peterson Tuesday morning for the rest of the season without pay.

According to the statement, Peterson will not be reinstated before April 15 because he violated the league's personal conduct policy \"in an incident of abusive discipline that he inflicted on his four-year-old son last May.\"

Despite not playing since week 1, Peterson had been earning a paycheck for every game of the 2014 season. Peterson had been on the \"exempt/commissioner's permission list\" following renewed criticism regarding the treatment of his children. Peterson is accused of disciplining his 4-year-old son too harshly with a \"switch\" or thin stick. He was initially charged with felony child abuse.

Peterson may be suffering from bad timing. The NFL has been under scrutiny to better deal with problem players after their botched handling of the Ray Rice domestic abuse scandal earlier this year. At first, the NFL suspended Rice for two games following an admission that he knocked his wife unconscious during an altercation in an elevator. But when video of the incident leaked online the NFL bent to public outrage and banned Rice from games \"indefinitely.\"

New accusations against Peterson came to light only days later and NFL Commissioner Roger Goodell has been looking for a legal solution ever since. Peterson was suspended from games but was still drawing a paycheck. That has now ended.

Earlier this month, Peterson pleaded no contest to misdemeanor reckless assault in regards to that child abuse accusation. Part of his sentence includes counseling and a treatment program. According to the league statement, Peterson's reinstatement will hinge on how he proceeds through the counseling and treatment programs and if he stays out of further trouble.

Peterson has three days to appeal the decision.