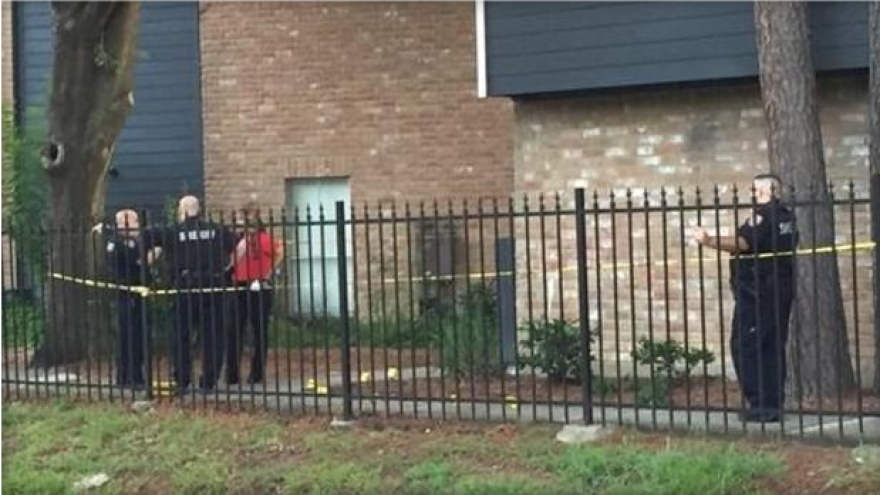 HARRIS COUNTY, Texas --  A newborn girl has been saved after a passer-by who found her abandoned, crying and covered in ants and other debris in a flower bed at a suburban Houston apartment complex.

Harris County Sheriff's Deputy Thomas Gilliland says only the alertness of the complex resident who found the baby before dawn Thursday saved the child from dying. Investigators say the girl was less than an hour old. They followed a trail of blood to an apartment where a 21-year-old woman admitted to being the mother.

The woman has been detained for psychological and medical evaluation, but no charges have been filed. She may face charges of child abandonment.

CBS affiliate KHOU-TV spoke with Albert Peterson -- the man who rescued the newborn -- about the incident.

"I heard some crying and whining and crying, and I kept walking until I got closer to the noise," he said. "Then, I looked at the ground and there was a baby down there. She had the mucus and the blood and umbilical cord and everything."

"Without this neighbor, we'd be looking at a whole different scene, probably a homicide," Gilliland said.

According to KHOU-TV, investigators believe the mother delivered the baby inside of her apartment. She admitted to leaving the newborn outside.

At this time, the newborn girl remains in the NICU at Texas Children's Hospital in good condition, according to deputies.

The mother's identity has not yet been released.