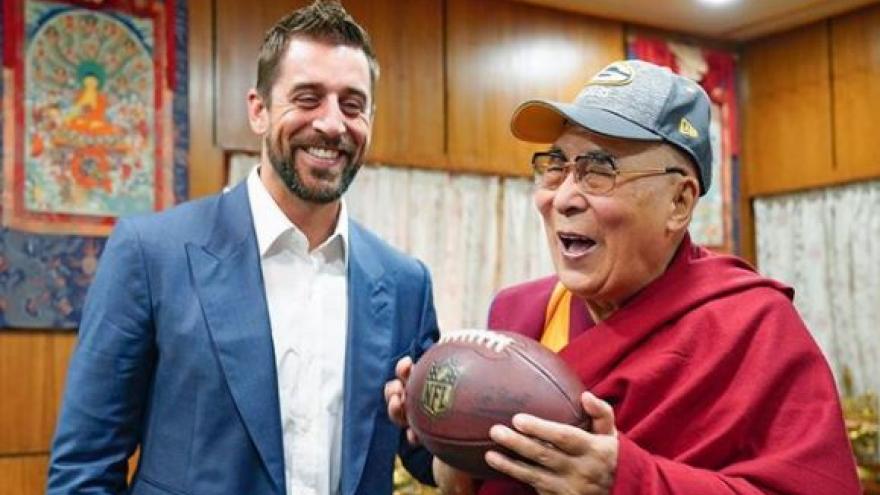 A photo posted on the Dalai Lama’s Instagram account shows His Holiness wearing a Packers hat and holding a football alongside quarterback Aaron Rodgers.

The post says the two met at the Dalai Lama’s residence in Dharamshala, India on Tuesday.