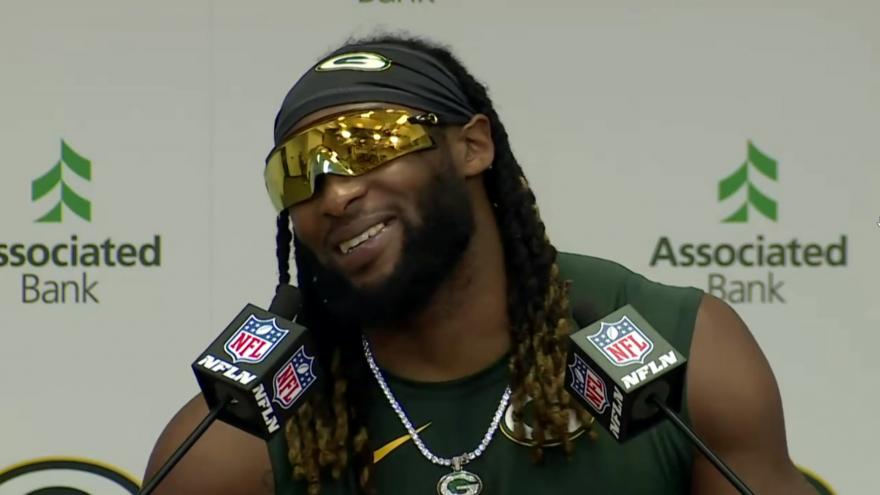 Jones scored not one but FOUR touchdowns for the Pack. Following the game, he told reporters he lost a necklace containing his late father's ashes. The necklace apparently fell off during one if his touchdown runs.

Aaron Jones is the most lovable player in Packers history pic.twitter.com/ytuSBYzEqp

Jones said if he lost the chain anywhere his father would want it to be in a moment like that.

"He'd be happy," Jones said. "If you lose it anywhere, lose it in the end zone."

Tuesday morning, Jones confirmed on 97.3 FM The Game the necklace was found.

An awesome ending after an awesome night.