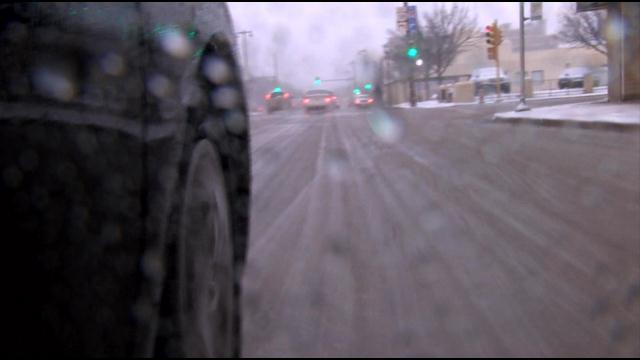 We're still in the midst of a major cold wave.  But light snow if expected Wednesday morning.  And this will be the light, powdery stuff.  This, in turn, can create treacherous travel as the snow melts and then refreezes.

Over the past few winters, the country has seen a number of multi-car wrecks during winter weather events with modest snow totals, especially when it falls quickly.  The experts say this is the time drivers don't realize conditions have changed, and they've maintained their normal speeds until a slideoff or wreck happens.

It's estimated, over the last decade, nearly a quarter of all traffic crashes in the U.S. were caused by weather.  Our perception of these light or sudden snow events doesn't seem to help any either.  We might think a small amount of snow means a small amount of problems.

There's also the belief our cars are better made.  In other words, they can handle a great deal more.  Not to mention, our added luxuries inside the car could be preventing us from adapting to the conditions outside.

Also, one more point.  Many times, when there's a minor snow accumulation, there might be just an advisory issued instead of a winter watch or warning.  So, we think it's less of a problem.  Bottom line, you have to be vigilant when it comes to driving.  Be aware of your surroundings, drive defensively, and know the forecast, especially if it's a changeable one.