‘It allowed him...out of his room and be a kid:’ Children’s Wisconsin patient takes 1 last cruise in touching video tribute 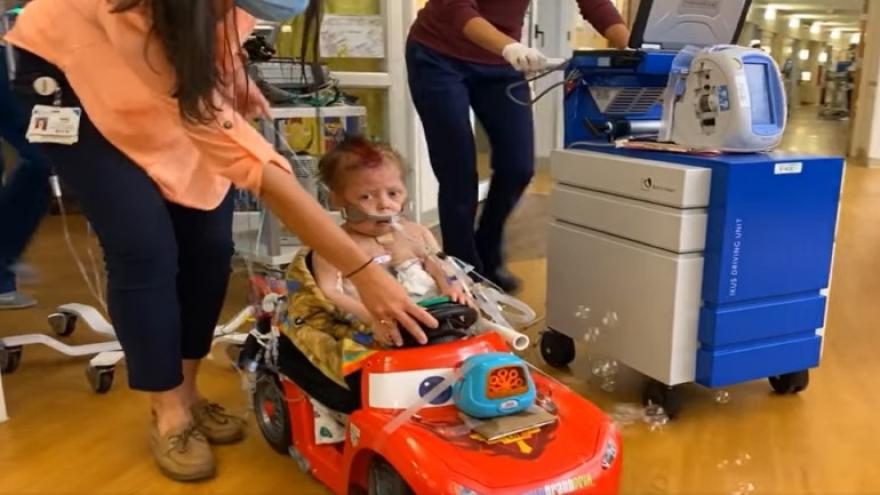 MILWAUKEE (CBS 58) --- Mason stole the hearts of many on social media after Children's Wisconsin posted a video of the 6-year-old cruising around the hospital's Cardiac Intensive Care Unit in his little motorized car.

Mason was born with "a lot of serious health problems" according to the hospital, including, and primarily, a congenital heart defect.

"With the family’s blessing, we wanted to share this video and a little bit of Mason’s story so that others could experience the love and life of this special little boy. Mason brought a smile to the face of everyone he met and we hope he’ll bring one to yours, too," the post reads on Facebook.

The name Mason means "stone worker" and is a name of strength and courage, the hospital says.

However, the hospital reported after a few days of the video being filmed, Mason suffered a serious stroke and passed away Wednesday, Sept. 23.

"There may have never been a kid more deserving of such a name. Mason’s life was a blessing for all who met him and his memory will remain one as well," the Facebook post states.

"It allowed him, if only for a few minutes at a time, to get out of his room and be a kid."