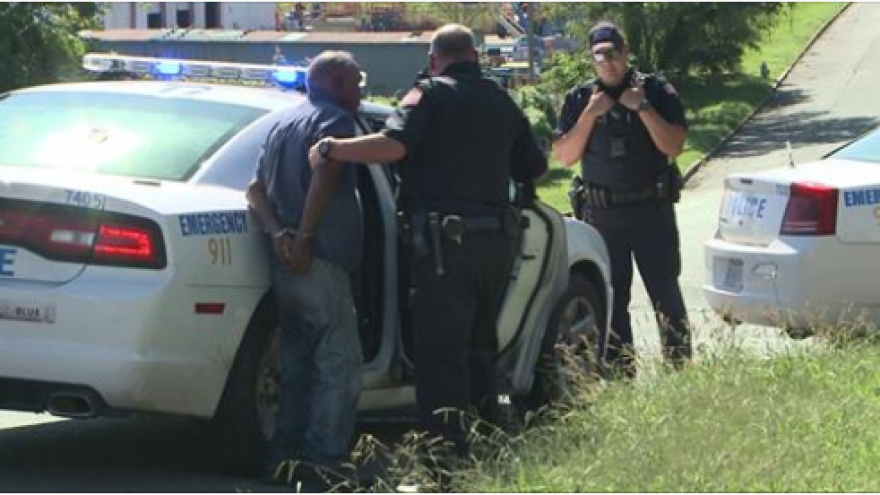 MEMPHIS, Tenn. -- (WREG) People living in a South Memphis neighborhood are raising questions after their 91-year-old neighbor was handcuffed and cited while walking down the street.

Cellphone footage shows Otha Thurmond being led away in handcuffs on the 2100 block of Swift Street Thursday afternoon, but it doesn't show what happened before.

In the misdemeanor citation for disorderly conduct Thurmond received, police write Thurmond waved and pointed a stick at them and interfered in their ability to keep the peace. WREG later learned the officers were on scene investigating an unrelated assault case.

But three witnesses WREG spoke to claim one officer got aggressive with Thurmond and slammed him into a police car.

"They asked him what is he doing with a stick. He said, 'I'm old, I need this stick.' He showed it to them, they grabbed him, they slammed him on the car, put his arm all the way up here to the back of his back," said witness Niesha Lowe.

Thurmond told WREG he uses the stick to fend off dogs and never threatened the officers.

"He never raised his stick up in a threatening manner. They roughed him up, they threw him on the car as if he was some young thug," said witness Carl Randolph.

"They had an old man like this up against a car right over here," added Barbara Denton.

None of what witnesses are claiming appears in the citation Thurmond was issued, which a WREG crew saw officers commanding Thurmond to sign around 4 p.m.

"I've never been in jail in my life. In jail! I never paid a traffic ticket in my life," said Thurmond.

WREG checked and Thurmond has no criminal history in Shelby County, making his arrest and alleged treatment all the harder for his neighbors to wrap their heads around.

Thurmond didn't complain of any injuries, and he wasn't treated for any while WREG was on scene.

Police didn't provide any other details about the assault they were investigating in the first place, except to say they were looking for a female suspect.