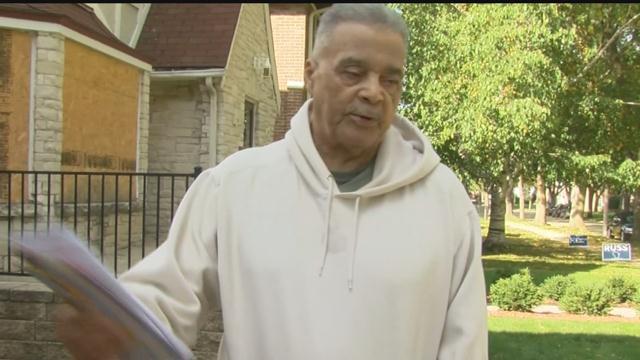 An 85-year-old Milwaukee man was robbed by five people including a 13-year-old in Milwaukee.

Lee Brown said he was pulling up to his driveway when he was surrounded by five people armed with sticks. This incident occurred near 52nd Street and Auer.

It happened around 5:15 p.m. Monday (Oct. 10) and Brown had just gone grocery shopping. The suspects included four men and a woman. Their ages ranged from 13 years old to 28 years old.

“They surprised me before I can get all the way out of the car and that’s when it started, 'give me the keys,' I gave them the keys, he said, 'give me your money' and I said ok you can have the money, just don’t hit me I have heart problems,” Brown said.

The suspects were caught about six blocks away near Vienna Avenue and 53rd Street.

Karen Weil, who lives nearby, said she didn’t hear anything but it still worries her.

“It concerns me a lot because I actually have four dogs and I wouldn’t doubt someone would do that to me," Weil said. "I many times feel very uncomfortable walking.”

The victim said he moved in the neighborhood a couple of years ago and is upset this happened to him.

He said at first the suspects took his keys and about $20 to $30 he had in his pocket.

Brown said the city's Mayor called him today to make sure he was ok. As for the suspects, police haven’t released their names.