84 Lumber Website Swamped after Ad Runs During the Super Bowl 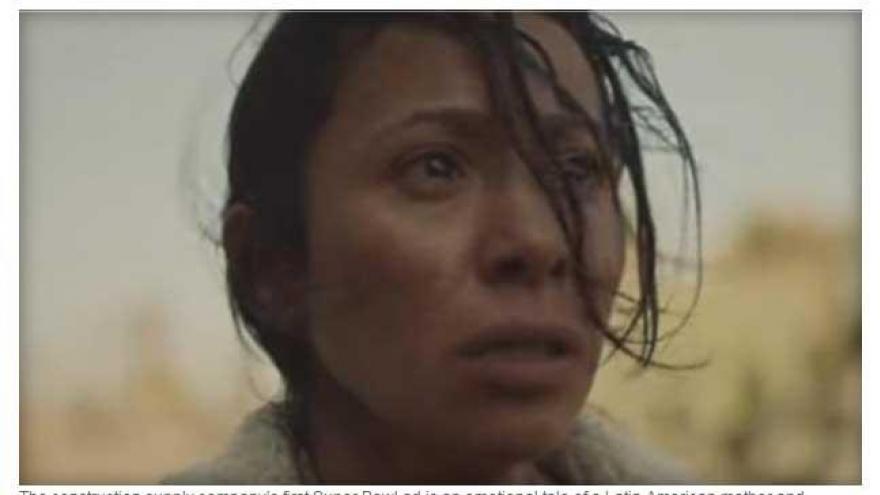 PITTSBURGH (CBS NEWS)— It appears the first national Super Bowl ad for 84 Lumber is a success, though not as its creators originally intended, CBS Pittsburgh reports.

First, Brunnerworks, the Pittsburgh advertising company that created the spot, was forced to make a change.

The original ad featured a wall blocking people looking for work in the United States, and immigrants unable to cross the border due to the wall. That apparently made FOX uncomfortable.

“Simply put, that was a spot that they didn’t think they would be willing to run during the Super Bowl,” said Michael Brunner, the chairman and CEO of Brunnerworks.

So the ad agency did some re-noodling.

“We changed the spot and that’s what we’ll be running on Sunday,” Brunner said.

The resulting 90-second spot directed viewers online for the conclusion.

Steve Radick, Brunnerworks’ vice president and director of public relations and content integration, said the website received more than 300,000 web requests in the first minute. The traffic was more than the site could handle. Radick said only half of the server requests could be handled every minute, but after about 10 minutes the issue was resolved.

In the end, Radick said the website received more than 6 million requests in the first hour after the spot aired just before halftime of the Super Bowl.

Brunner tells the “KDKA Morning News” the ad was viewed over 4 million times on YouTube in the first 12 hours.

Brunner adds while they had to change the ad, it worked out for the best.

“It was planned to be a 90-second spot all along, clearly we had to make some changes, and the end result; we were very pleased,” says Brunner

The 84 Lumber ad had three goals according to Brunner.

“One was to generate awareness, two was to position 84 Lumber as an employer of choice, and then most importantly is to get the recruits, to fill the number of positions [84 Lumber] has open over the course of the year,” he said.

“The controversy’s already out there. We were simply using that as a metaphor to talk about 84 Lumber and what they’re looking for in terms of the people they’re looking to hire,” says Brunner.