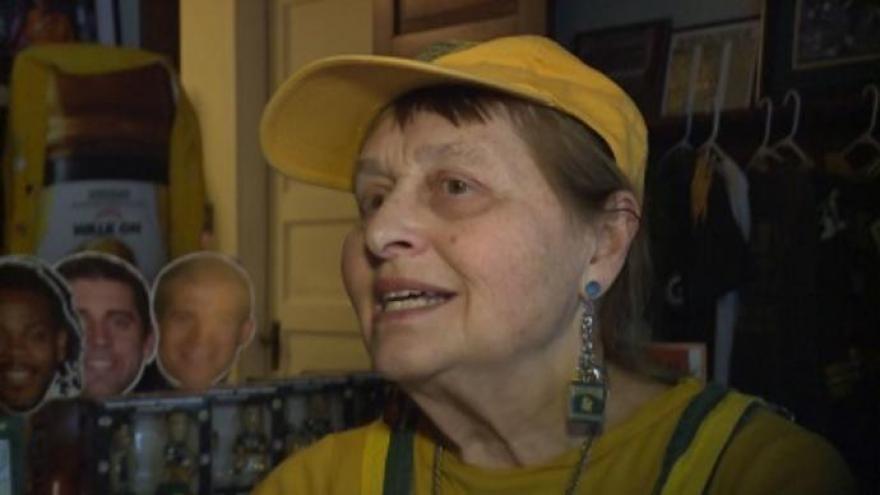 (WSAW) An 81-year-old Green Bay Packer Fan from Antigo, Wisconsin thinks she's got what it takes to be in the Packers Fan Hall of Fame.

Kay Kuester-Doran holds four season tickets, but like any good Packer fan she likes to share her experience at Lambeau with others.

“We have taken a lot of exchange students. we've had people from Mexico, Russia. Most of those kids have never seen American football and especially not the Packers,” said Kuester-Doran.

Kay is in the running with nine other packer fanatics to be inducted into the Fan Hall of Fame, but for her it's not just about winning.

We will find out who the winner is late next month.

But before you cast your ballot, join the CBS 58 News at 4 next Wednesday, January 18th.

Local fan hall of fame contender "Grandma Rosie" will be our live guest.

Her daughter nominated her, writing in part:

"My parents have been long time Milwaukee season ticket holders and even though my Dad has passed away, she hasn't missed a game since. When she's not attending games she is hosting a Packers party."