MILWAUKEE (CBS 58) -- A 62-year-old Milwaukee man was hospitalized with a life-threatening head injury after a driver smashed a car into a north side bus shelter and ran away on Wednesday, Oct. 9.

It happened at the intersection near 51st and Capitol around 10 a.m.

According to police, the suspect went flying across Capitol Drive, went airborne, and eventually down the sidewalk on Fond du Lac Avenue and right into a bus shelter -- hitting a man in the process. The crash left the bus stop in a heap of mangled metal and broken glass.

Workers at PCS Boost Mobile were waiting to open the store Wednesday morning, when they saw the car speeding through a nearby intersection.

"At the speed he was going, he was flying through a red light, trying to avoid oncoming traffic," said Matthew Lewis, witness.

Surveillance captured the car smashing into the bus shelter, forcing one man standing inside it to run away and left another man -- who was sleeping on the ground -- with life-threatening injuries.

After the man inside the bus shelter ran away, video shows a man appearing to be the driver running from the scene.

"It's pretty sad that people are OK with knowing that they might have killed somebody and just take off running not caring about who they hit, or coming back to check up on them," said Bill Issa, works nearby.

"Real coward," said Jovan Mitchell, witness. "You know you hit someone sleeping on the bus stop that just has nowhere to go and they're sitting there minding their own business."

Witnesses say police were able to find the suspect because he returned to the scene to grab his cellphone.

Police asked the public to use alternate routes as they investigated the scene.

MILWAUKEE (CBS 58) -- A 62-year-old Milwaukee man was seriously hurt in a crash that happened near 51st and Capitol on Wednesday, Oct. 9.

According to police, the driver was speeding eastbound on West Fond du Lac Avenue when it lost control, went airborne and hit a pedestrian, light pole and a bus shelter. 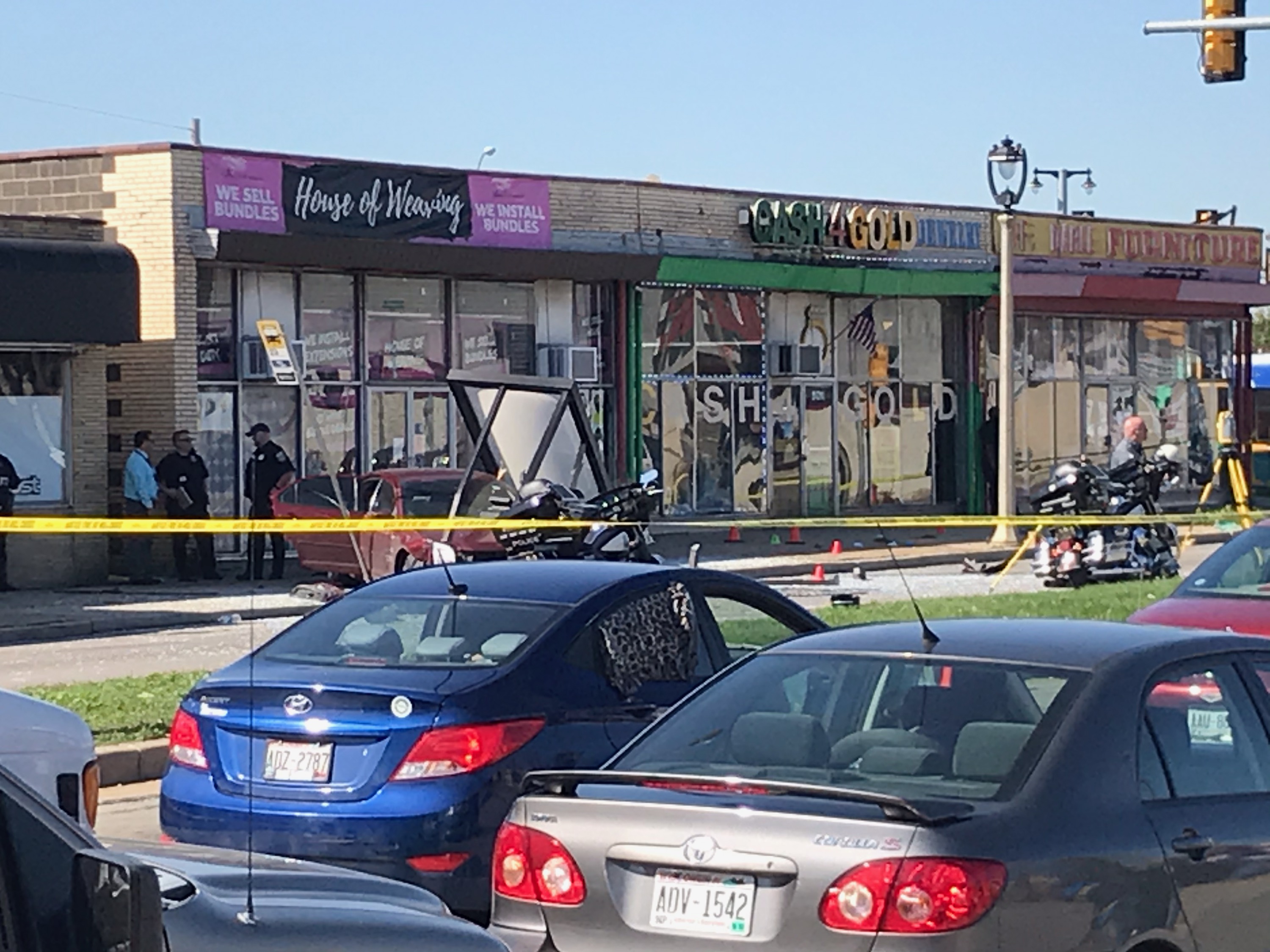 Crash near 51st and Capitol in Milwuakee

The victim was transported to a local hospital with life-threatening injuries.

The driver, identified as a 20-year-old Milwaukee man, fled the scene but was taken into custody by police a short time later.