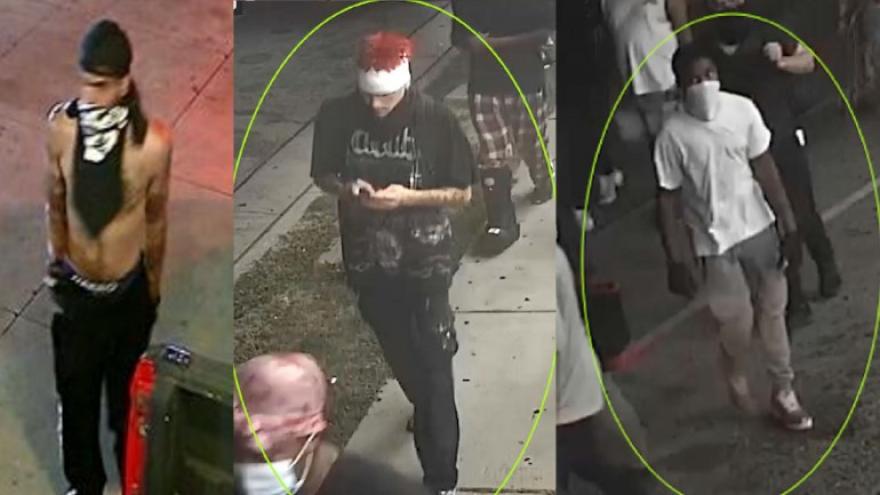 KENOSHA, Wis. (CBS 58) -- The Milwaukee Field Office of the Bureau of Alcohol, Tobacco, Firearms and Explosives (ATF) is seeking the public's help in identifying people of interest in an arson investigation.

Several businesses and vehicles were set ablaze between August 23-25, 2020.

A reward of up to $5,000 is being offered for the positive identification of each person depicted in newly-released photos, who could further the arson investigations, leading to an arrest and prosecution.

People with information regarding the identity and/or whereabouts of these individuals are urged to contact ATF at 1-888-ATF-TIPS (283-8477), ATFTips@atf.gov, or submit an anonymous tip through the “ReportIt” app, available on Google Play and the Apple App Store.

When reporting, ATF says to include as many details as possible and contact information for potential follow up if a reward is sought.