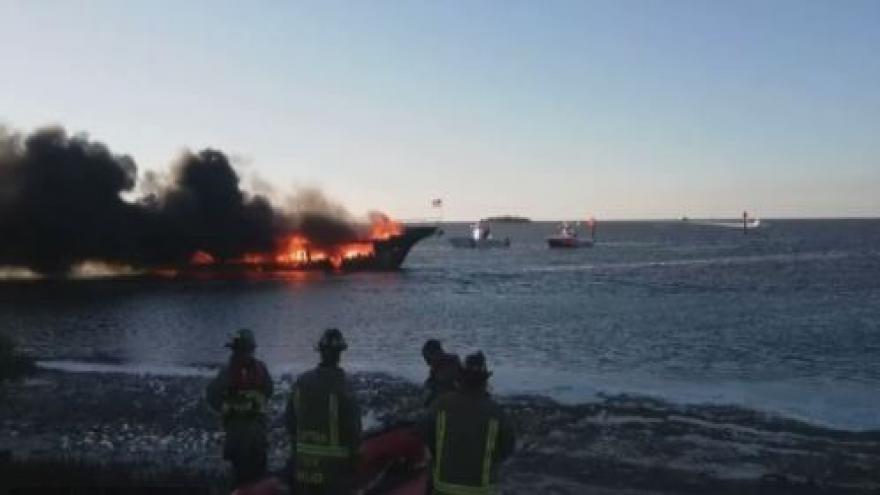 (CBSNEWS) -- Authorities said 50 people were rescued from a Sun Cruz casino boat that caught fire near Port Richey, Florida, the Pasco County Sheriff's Office told CBS News on Sunday. They said the boat, named The Island Breeze, was going to a casino in international waters.

The office said the fire occurred about 100 yards off-shore, and at one point, there were more than 40 people in the water. The passengers have since been pulled out of the water and treated by officials, the office said.