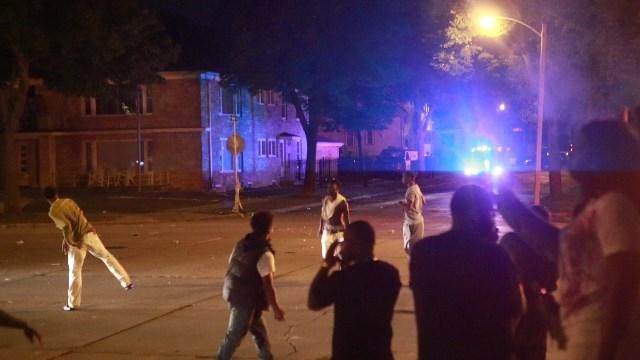 There were 48 shot spotter calls and some of the calls were for 10 gun shots on Saturday night, according to Chief Flynn.

Officers did not fire any weapons or use pepper sprays or batons during the violence, according to Chief Flynn.

"If you love your son.. tell them stay away from this area," said Milwaukee Mayor Tom Barrett

There were four officers that were injured and all have been released from the hospital.

According to Chief Flynn, there have been threats made against Milwaukee Police Officers.

One squad car was struck by gun fire, and another was set on fire.

There is no curfew in effect as of 3:00 PM, but Milwaukee Mayor Tom Barrett said he is ready to make a curfew if necessary.

National Guard is coming to the area but will not be deployed unless Chief Flynn asks for it.