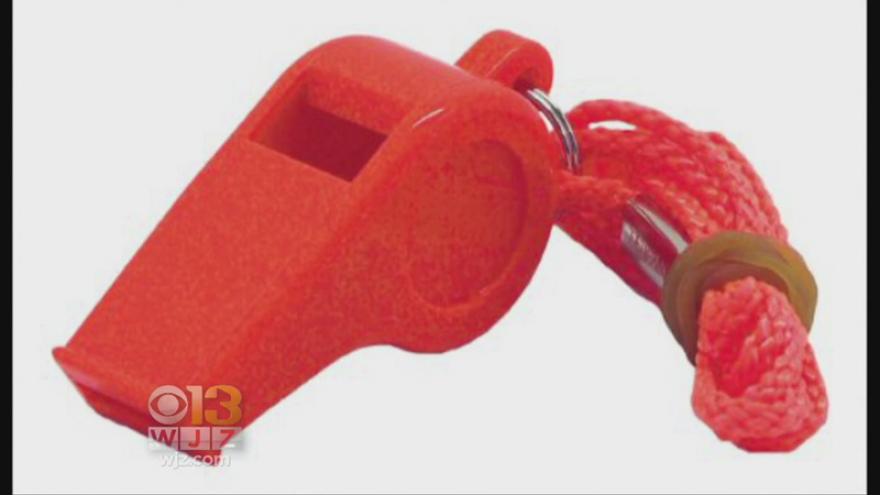 He had thousands of hours of experience in his kayak, but to find a new fishing hole, he paddled farther out from Annapolis than he ever had before.

“Got a couple of miles out,” Davidson said. “When a wave came out of nowhere and rolled the kayak over.’

The water temp is only 15 degrees above freezing. Davidson had big problems in that 47-degree water.

“I was trying to bail the water out, anything I could do… waves would just come and fill it, I tried laying on top of it, sitting on top of it… it just kept falling over.”

The scene repeated for two hours until Sean got so cold his body began shutting down.

“The entire time I was just blowing my whistle, hoping that someone would hear it,” he said.

Around the time of the incident, a sailboat was returning to Annapolis from Bermuda. Robert and Lanna Lowe, who were on board, heard a whistle.

“And I looked forward and saw a head with its life jacket on and started screaming to my husband to turn the wheel, there’s someone in the water,” Lanna said.

Twenty-seven years of man-overboard drills paid off for the couple.

With Davidson’s body stiff, cooling to just 81 degrees, it was a struggle to get him aboard.

They got on the emergency radio and Bill Walls, who was out testing his new fishing boat, heard the call and headed over.

Power boats are faster than sailboats. With Davidson aboard, it sped to a marina where an ambulance was waiting.

“I can’t thank them enough, if it hadn’t been for them I wouldn’t be here today,” Davidson added.

Police told the story and honored those involved because it’s Boat Safety Week. Simple safety gear like a whistle, life vest, radio and good people will save lives.

The group has plans to go to dinner and meet up for a fishing trip.