3rd warmest July on record comes to an end

NOW: 3rd warmest July on record comes to an end

One of the hottest July's on record has finally come to an end. July 2020 officially goes down as the 3rd warmest July on record with an average high of 76.7°, tied with 1955. 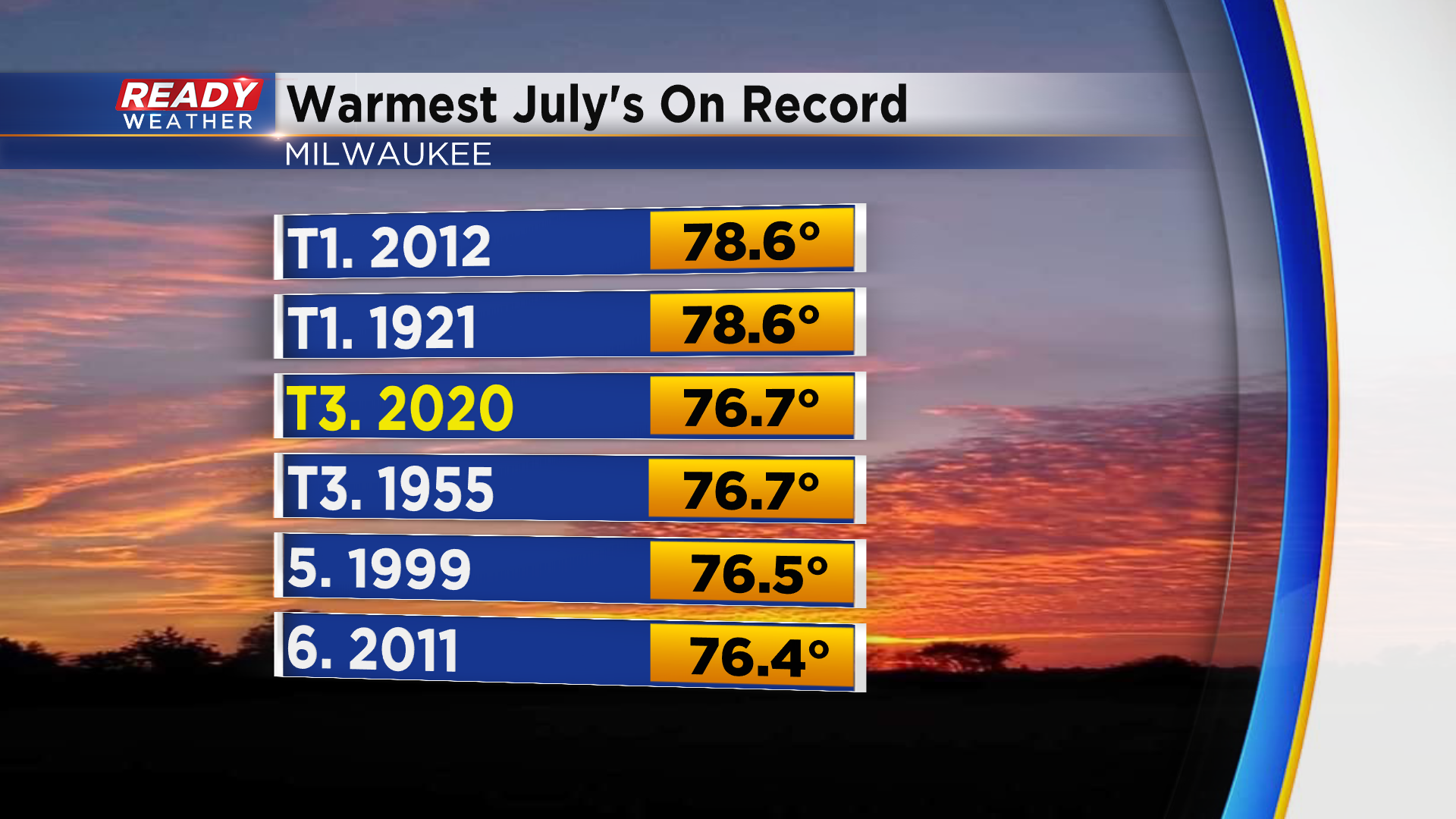 Milwaukee didn't tie or break any record highs during the month of July, but it sure was HOT. We had 19 days with highs of 85° or warmer, tied for 2nd most with 2012 and 1955. Milwaukee also didn't have any nights in the 50s, which was the 5th time that's happened in July. 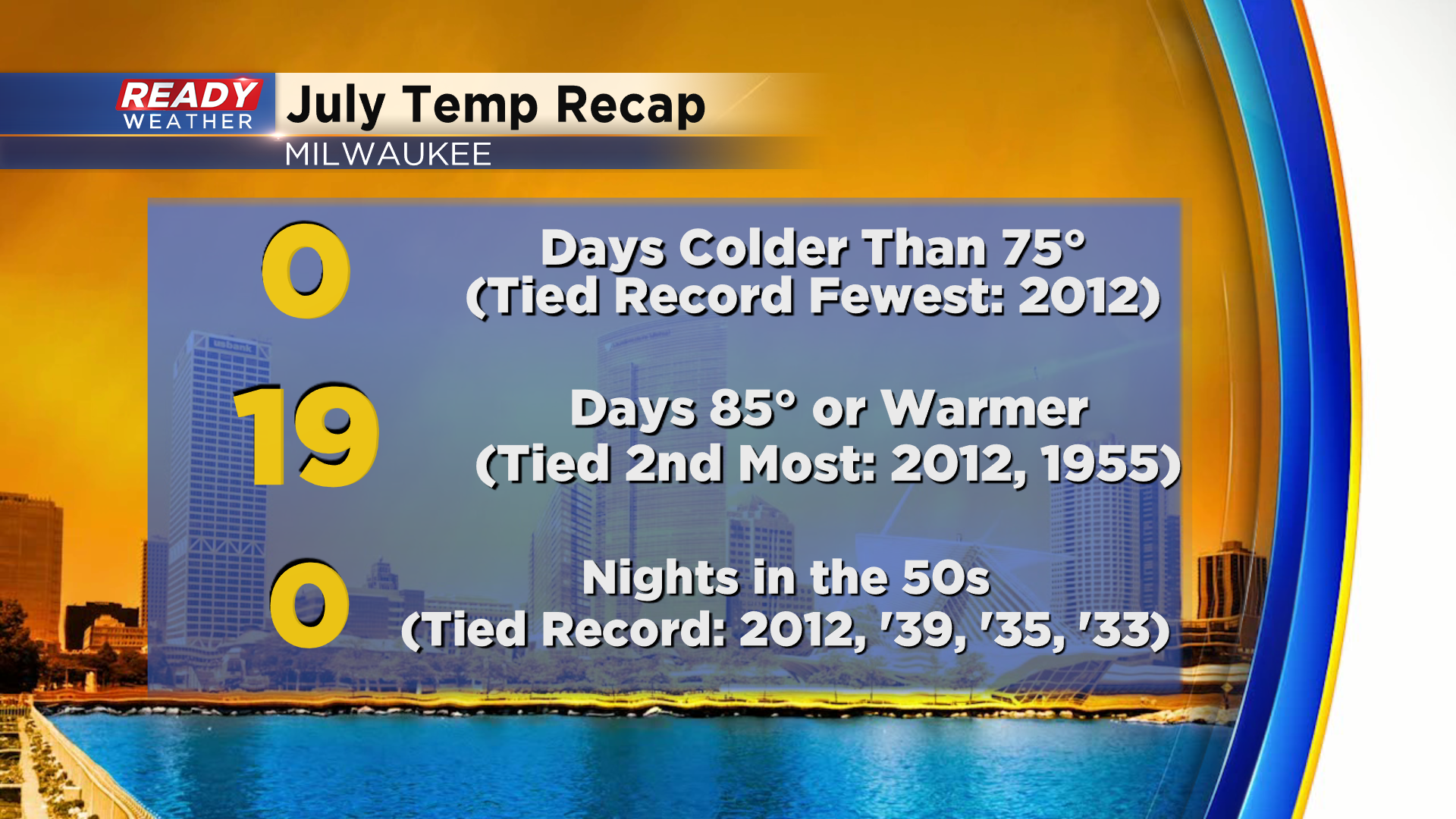 Milwaukee also didn't have any days with highs colder than 75°, which is only the 2nd time on record that's happened. In fact, today marks the 47th day in a row Milwaukee has had a high temperature of 75° or warmer, making this the longest 75°+ stretch on record. 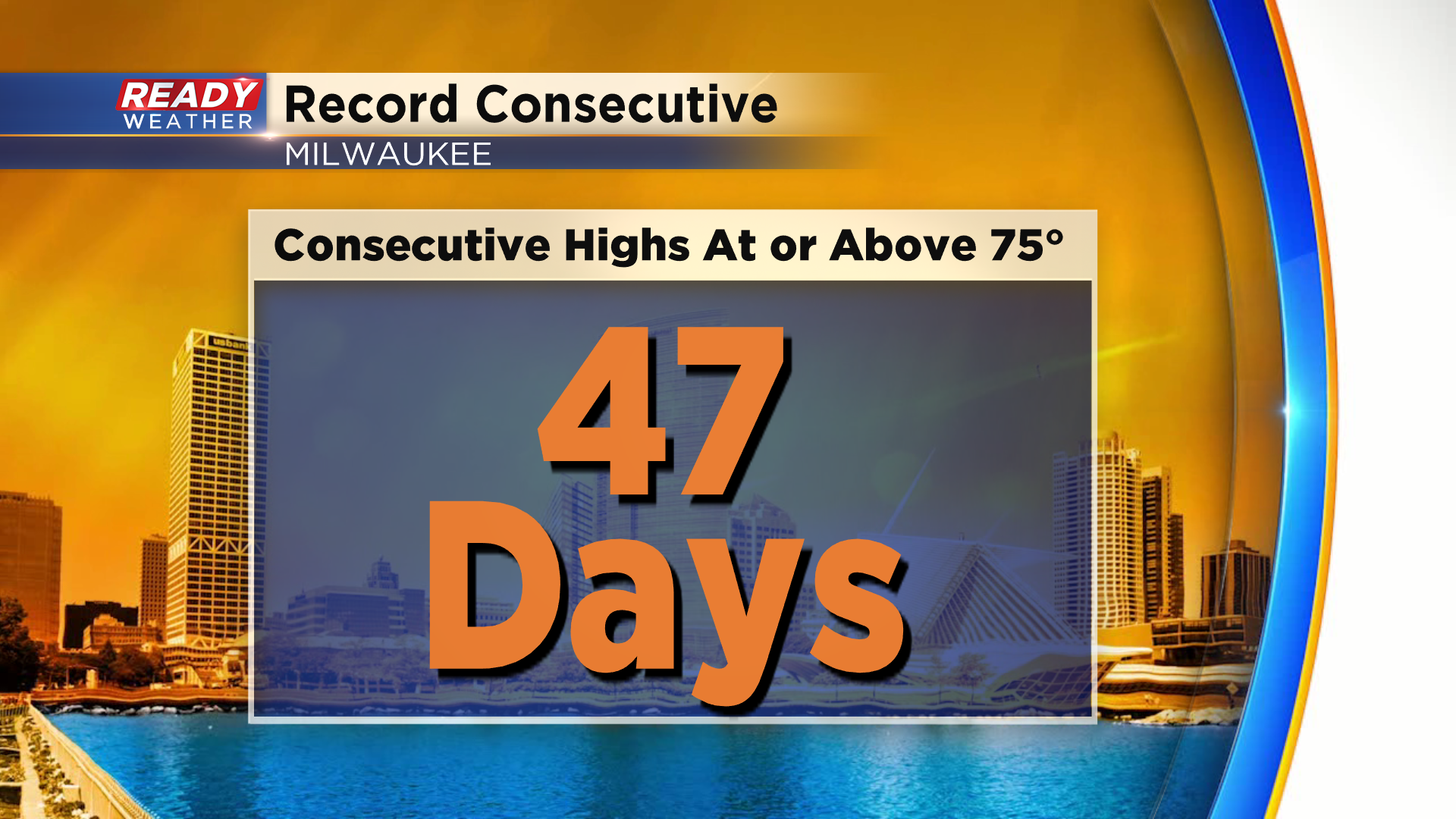 It was an above normal month in the rainfall department as well, with Milwaukee ending up .67" above normal. There were 3 days this July where Milwaukee had over an inch of rain, which is tied for 2nd most for July. 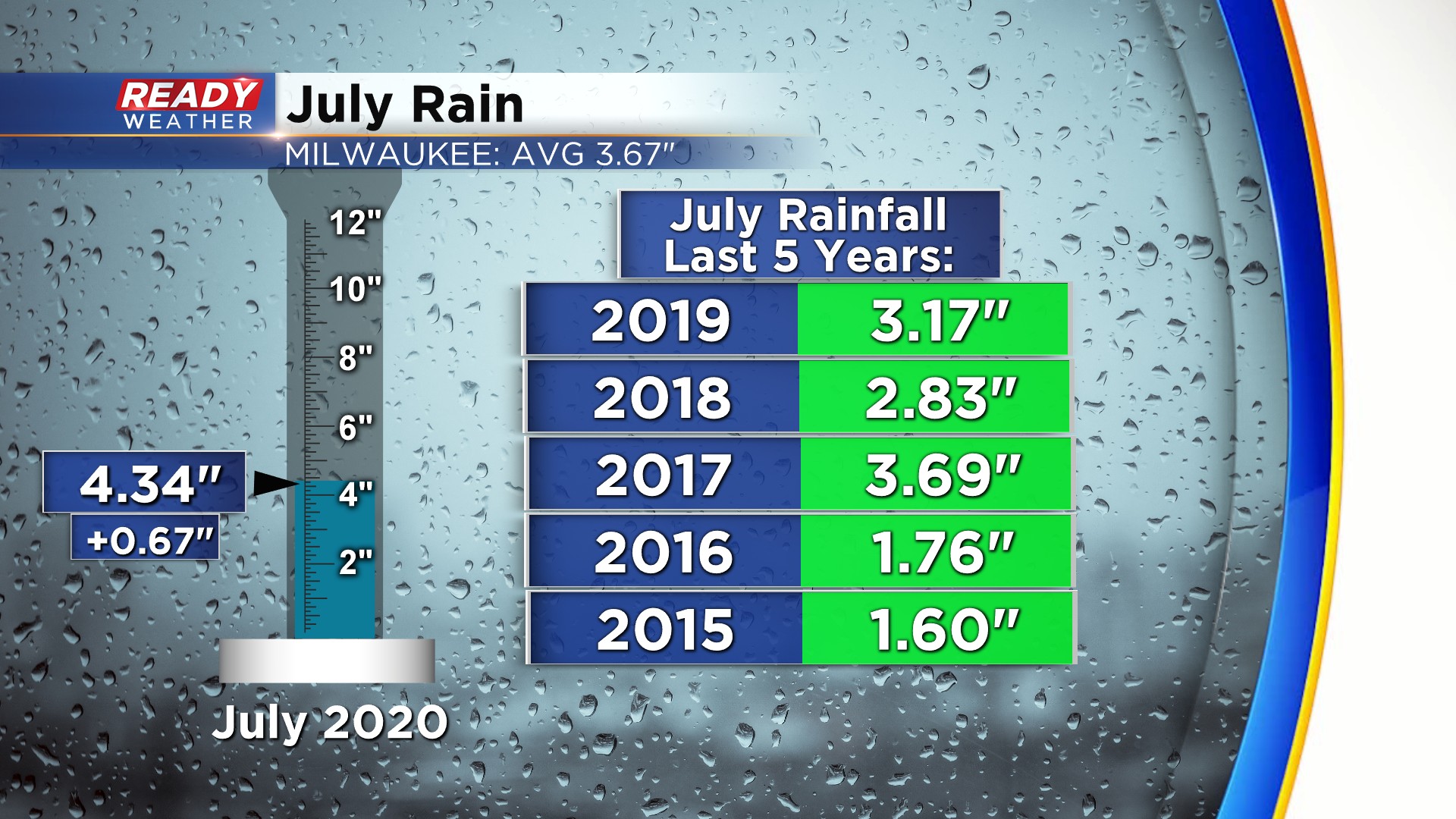 It looks like our streak of 75°+ days will be coming to an end on Monday as highs will struggle to reach 70° behind a cold front. 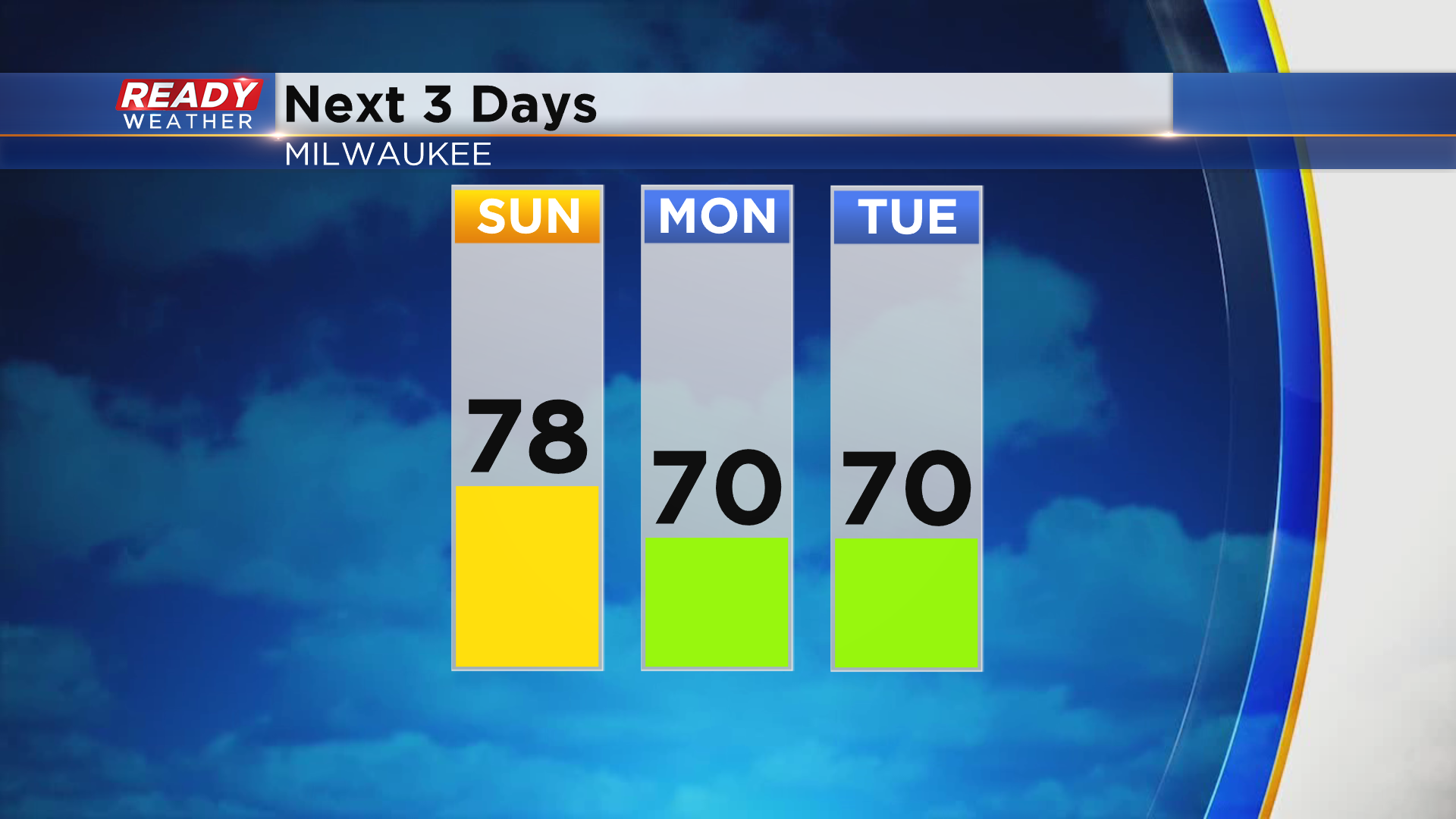 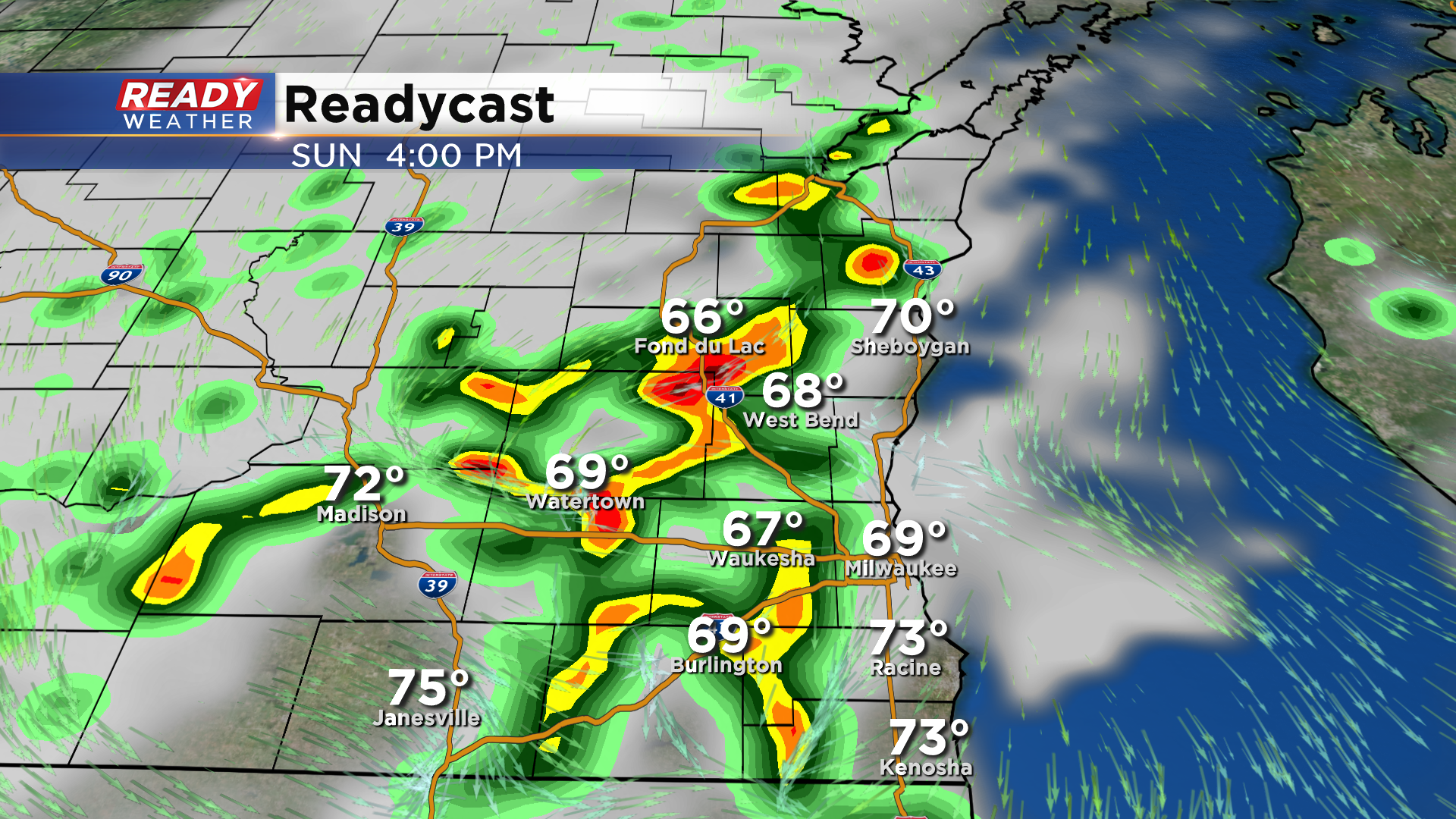 Isolated showers will linger into Monday behind this front. See if temps will warm up for the second half of the week by downloading the CBS 58 Ready Weather App.