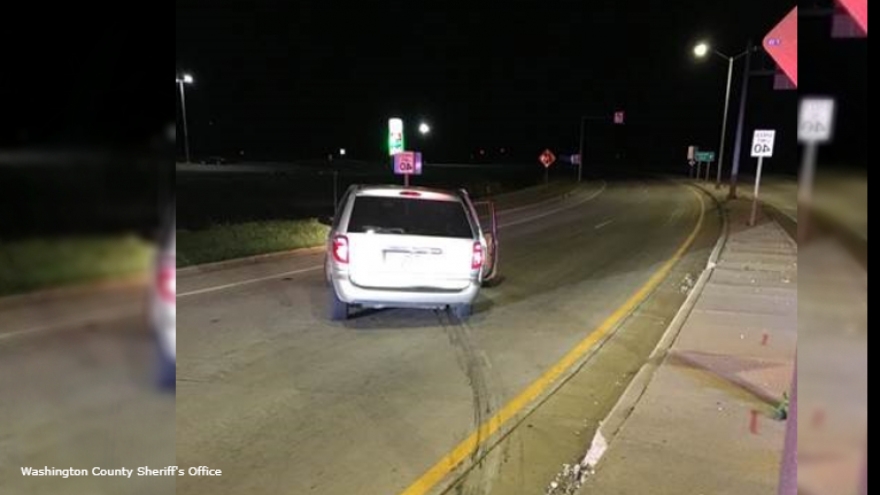 The sheriff's office received a call about from an uninvolved party. The caller said a man exited a van and pulled a handgun on another subject who was also in the same vehicle.

A responding deputy located the vehicle on Cty Tk WW and attempted to conduct a traffic stop in the area of I-41 and Wildlife Rd in Kohlsville. The van failed to stop and the deputy started a pursuit that reached speeds of nearly 100 mph.

Another deputy was able to deploy a tire deflation device in the area of I-41 and Western Ave. The vehicle exited on Pioneer Rd and crashed.

Two of the occupants fled on foot while one remained in the vehicle.

The circumstances surrounding the events remain under investigation and all three individuals remain in custody in the Washington County Jail.