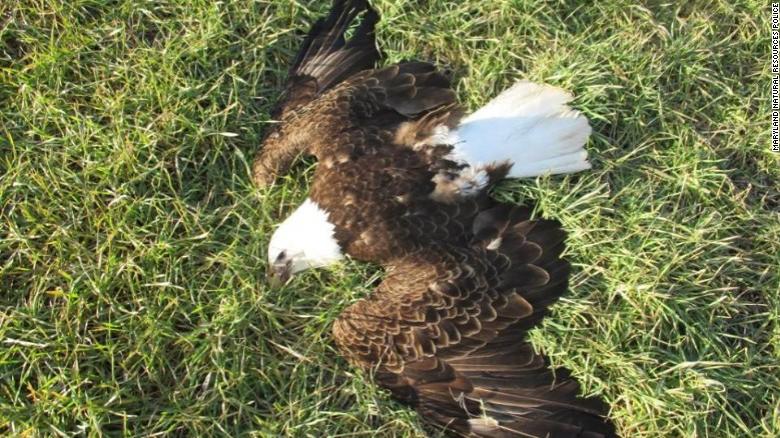 (CNN)After the discovery of 13 dead bald eagles in rural Maryland, animal protection groups have pledged up to $25,000 as a reward for information leading to an arrest and conviction, according to the Center for Biological Diversity.

The activist organization said Wednesday that it is was offering up to $15,000. Three other groups, along with the U.S. Fish and Wildlife Service, had pledged a total of $10,000, the federal agency said.

Four of the dead eagles were found by a man who was searching a field for shed deer antlers Saturday near Federalsburg, in Maryland's Eastern Shore near the Delaware border, according to Maryland Natural Resources Police spokeswoman Candy Thomson.

It is "the largest die-off in one area in Maryland in 30 years," Thomson said, citing an incident in which eight bald eagles were found dead of suspected poisoning, though testing did not provide conclusive answers.

The cause of death in this die-off is still unknown.

The federal wildlife agency took over the investigation and sent the carcasses to its forensics lab in Oregon, according to spokeswoman Catherine Hibbard. She told CNN it is the only facility of its kind.

The agency will release a report, including cause of death, within the next few weeks, Hibbard said.

Though bald eagles are no longer listed as endangered species, they are protected under the Bald and Golden Eagle Protection Act and the Migratory Bird Treaty Act, which penalize those who harm the birds with fines up to $100,000 and possible imprisonment of up to one year, according to theFish and Wildlife Service press release.