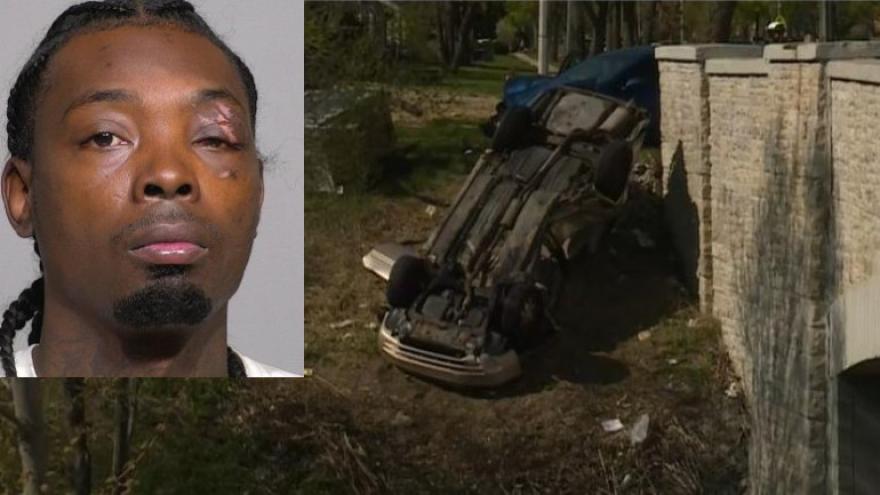 See Also Woman dies after hit-and-run near Sherman and Congress, police seek suspect
MILWAUKEE (CBS 58) -- A 24-year-old Milwaukee man has been charged in hit-and-run crash that resulted in a 58-year-old woman's death.

The crash happened near Sherman Boulevard and Congress Street on Tuesday, May 12.

According to a criminal complaint, police were called to the scene just after 3 p.m., and located a gold Toyota Camry that slid down an embankment toward a creek that was upside down. Police also found another damaged car, a blue Kia Forte parked nearby with no one inside.

The driver of the Toyota was able to extricate himself from the car, but his sole passenger -- a 58-year-old woman -- was unresponsive. She was pulled from the vehicle and transported to a hospital. The woman died eight days later. Medical experts ruled her cause of death to be blunt force injuries sustained in the crash.

A witness at the scene told investigators she heard the collision, and then saw a man removing a child from the back seat of the Kia and hurrying away from the scene. The woman said the man lifted his shirt as he passed by in what appeared to be an effort to cover his face.

Authorities searched the unoccupied Kia; its driver airbag was deployed and had apparent blood on it. Officers located three documents from the Department of Transportation addressed to 24-year-old James Curry. Two of the documents included Curry's photo.

Investigators found a palm print on the Kia, and found that it matched Curry.

Data recovered from the Kia showed the vehicle was traveling 78 mph 2.5 seconds before the crash. The speed limit on Sherman Boulevard is 30 mph.

Curry was arrested on May 19, with an injury to his left eye. Officials believe Curry's injuries are consistent with the crash.

Curry has been charged with second degree reckless homicide and hit and run resulting in death.