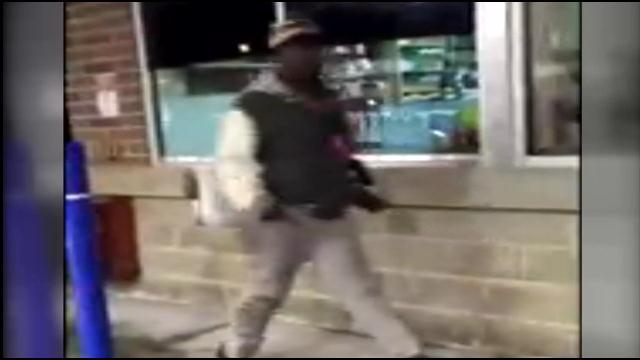 A 21-year-old Milwaukee man accused of beating two gas station clerks with a bat with has been charged.

Dominick Smith faces two counts of second-degree recklessly endangering safety in the attack that was recorded and quickly made rounds on social media.

Milwaukee police were made aware of the incident, that happened around 9 p.m. on February 21 at a Mobil Gas Station near 49th and Lisbon, right across from MPD District 3. Detectives met up with the victims at Froedtert Hospital. According to the criminal complaint, one victim was diagnosed with a skull fracture and possible bleeding on the brain. The second victim had a large contusion on his head that had to be closed with stitches.

One of the victims told police that he saw Smith walk through the candy aisle and stuff seven to eight candy bars into his pockets. The victim confronted Smith with a taser, and Smith took the candy bars out of his pockets and threw them on the ground, according to the complaint. When the clerk asked Smith to leave, Smith began yelling and calling him names. The second clerk told police that they locked Smith in the store at one point. Eventually, both clerks ended up outside with Smith, one of them wielding a bat. Smith took the bat from the clerk and hit both clerks in the head, knocking one of them unconscious for a few seconds.

During Smith's initial court appearance Friday, his defense attorney said that Smith is diagnosed with ADHD, bipolar disorder, and Schizophrenia, and said Smith was not taking his medication at the time of the assault.