2 Dead; 22 injured after shooting at house party near Houston 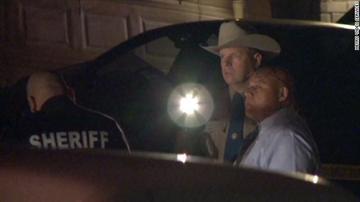 (CNN) -- A shooting at a house party near Houston left two people dead and 22 others injured, authorities said early Sunday.

The shooting occurred late Saturday night in the Cypress area, the Harris County Sheriff's Office said in a statement.

It started at a birthday party in a two-story home, where about 100 people were gathered, police said.

Injuries range from critical to minor. It's unclear whether all the victims were wounded in the shooting or the scramble to escape from the home.

Police are searching for two shooters.