2 children in Georgia home without adults die in fire 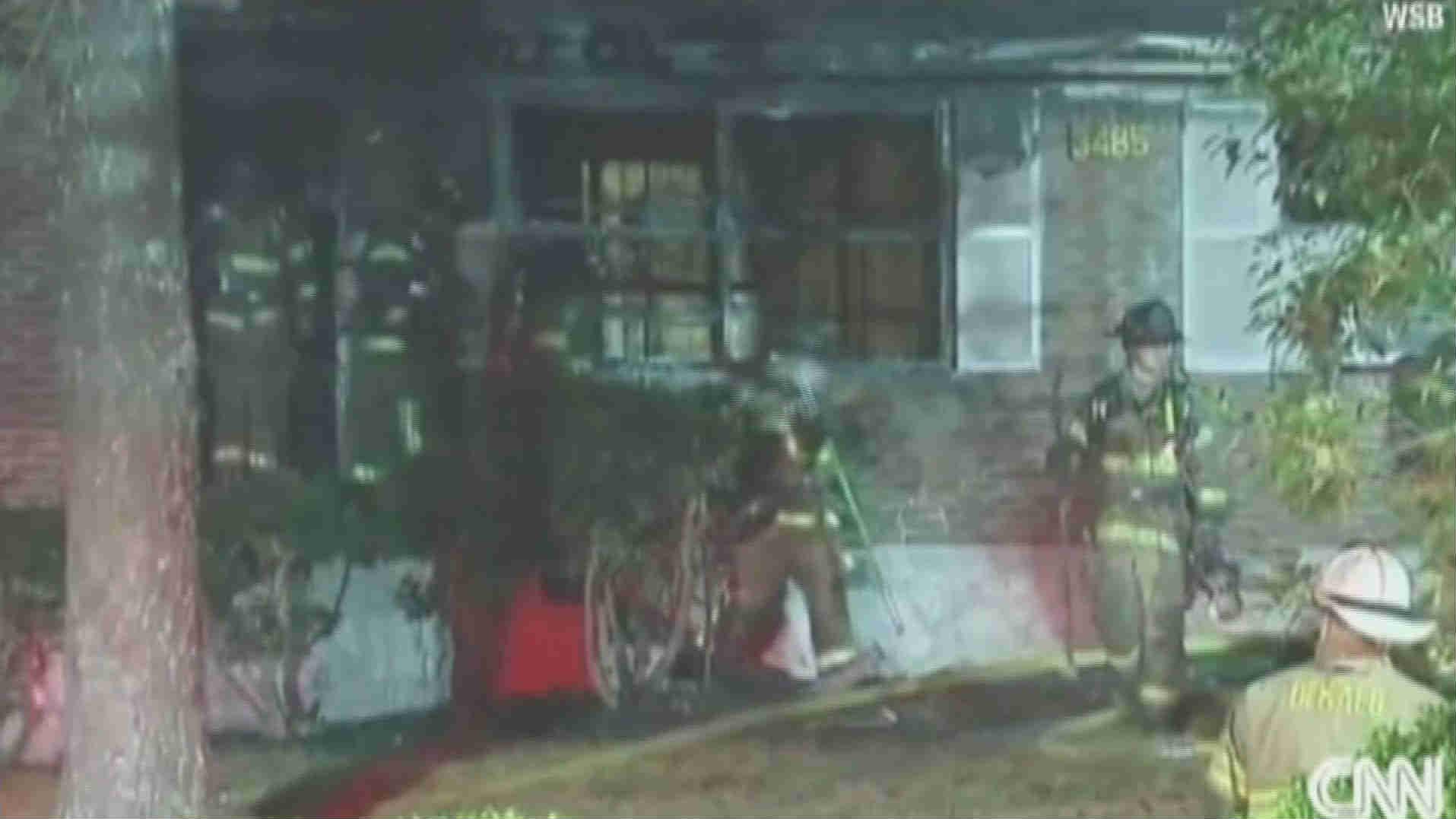 (CNN) -- Two children -- who were among five in a suburban Atlanta house without any adults -- died and another is in critical condition after their home went up in flames, a fire department spokesman said Saturday.

\"Crews kicked in the door and were met with heavy smoke,\" he said.

Two children managed to get outside on their own, but the other three were inside the house when firefighters arrived.

Firefighters found them fairly quickly, taking them outside to treat them, Jackson said. A third child was later located farther inside the house.

\"They were bringing the kids out and that's it,\" neighbor Shantel Ammamoo told CNN affiliate WSB. \"They were gone.\"

The fire department spokesman said that a 3-year-old and 4-year-old died as a result of the fire. A 10-year-old was in critical condition Saturday morning at Atlanta's Egleston children's hospital.

As to the house, the fire spokesman called it a total loss.

The fire department spokesman said that the children's mother went to the hospital, located about six miles away, but neither she nor any other adult was home when the blaze broke out.

Jackson said that local police are involved in the case, and that \"charges are forthcoming.\" He didn't specify what these charges might be, or who they might face them.