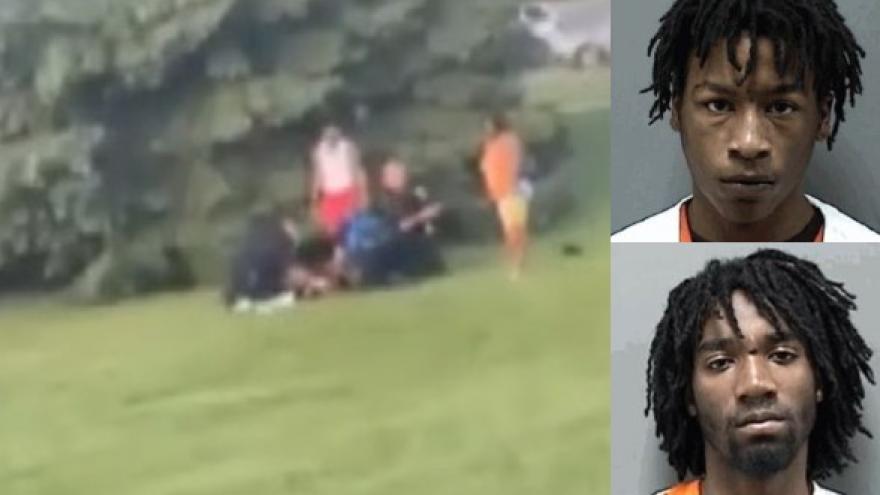 RACINE COUNTY, Wis. (CBS 58) -- Two teens, ages 17 and 18, have been criminally charged in connection to a shooting that left five people injured at Racine's North Beach on June 2.

Investigators say a group of young people -- all from the north side gang "Northside For Life" or NFL -- were congregated in the parking lot behind The Oasis, near the Kids Cove Playground.

Around 7:20 p.m., three members of a south side gang "Dirty P", arrived at the beach in a truck, stolen from an aunt of one of the members in the group. Investigators say when the Dirty P's walked by the NFL group, "several NFLs could be seen grabbing for their waistbands, as though armed."

The criminal complaint says the Dirty P's started walking back to the stolen truck, numerous members of the NFL followed and began kicking and damaging the truck. Investigators say they went as far as to jump onto the hood of the truck and jump up and down.

A member of the Dirty P group, now inside the truck, tried to pull away from the crowd -- the complaint says -- and that's when the shooting started.

Dozens of other citizens were in the area when shots rang out from multiple directions. Five people were injured; one person was shot in the chest, and another suffered a graze wound to their head. Officials say the oldest victim was 20 and the youngest was 13.

Investigators used video from city surveillance cameras to identify several of the suspects involved in the shooting.

Dashari Watson, 18, has been charged with the following:

Thomas Burton, 17, has been charged with the following:

This isn't the first time Burton has been in trouble before. On May 21, Burton was convicted of robbery with use of force.