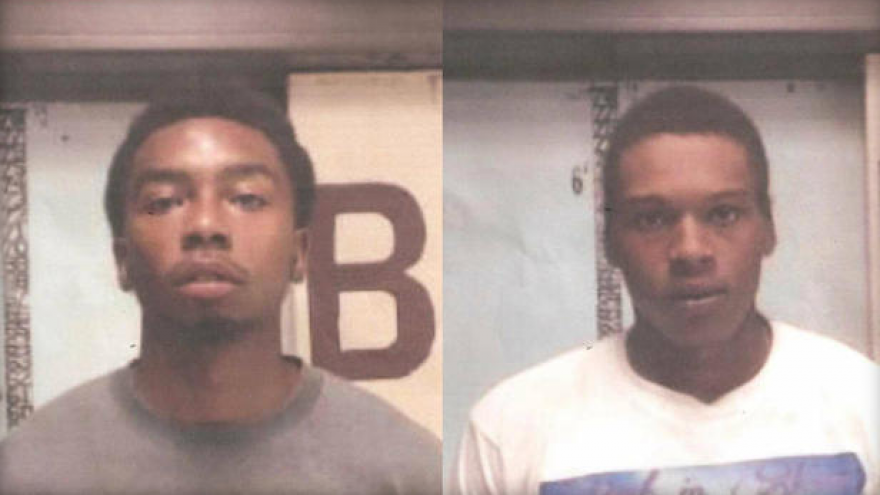 GRENADA, Miss. -- Two men were charged Wednesday with murder in the drive-by shooting death of a 9-month-old baby boy in Mississippi, police confirmed to CBS News.

Grenada Assistant Police Chief George Douglas said multiple shots were fired from a passing car around 1:40 p.m. Tuesday, including at least one that entered the home of baby Rashan Riley. Rashan was struck in the head.

"The shooting took place on the outside of the house, and to my knowledge of the preliminary investigation, no one inside the house was connected to that confrontation," Douglas said.

A car matching the description of one seen near the shooting was stopped later Tuesday, and two men, 18-year-old Shaquille Chamberlain and 20-year-old John Brown III, were taken into custody.

They were charged with murder and remain held at Grenada County Jail. No bond has been set in the case.