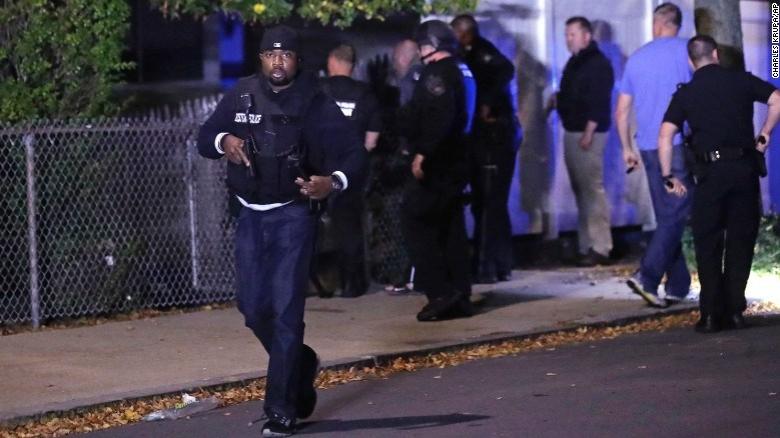 BOSTON -- Two Boston police officers were shot and wounded while responding to a report of a person with a gun, said police, who later confirmed that the suspect was dead.

The officers came under fire late Wednesday night at a home in the East Boston neighborhood of Orient Heights, according to CBS Boston.

“Right now it looks like it was possibly a domestic incident gone bad,” said Police Commissioner William Evans.One of the officers was shot multiple times. Both were hospitalized in “extremely critical” condition at Massachusetts General Hospital, and both would require surgery.

Nine other officers were treated at Tufts Medical Center for minor physical injuries and emotional stress, CBS Boston reported. Police said both the officers in critical condition are male; one a 28-year veteran and the other a 12-year veteran of the department.

Police initially asked residents of the neighborhood to shelter in place as they searched for a suspect. They later said the suspect, a male who had been armed with an assault rifle, was found dead inside the home, and the situation was under control.

“I commend the officers. They moved in and neutralized the threat pretty quick that no one else got killed,” said Evans.

Police did not immediately identify the suspect or the wounded officers.

Evans said that he and Boston Mayor Martin Walsh were headed to the hospital to meet with the officers’ families. He asked that the community “pray for our officers.”