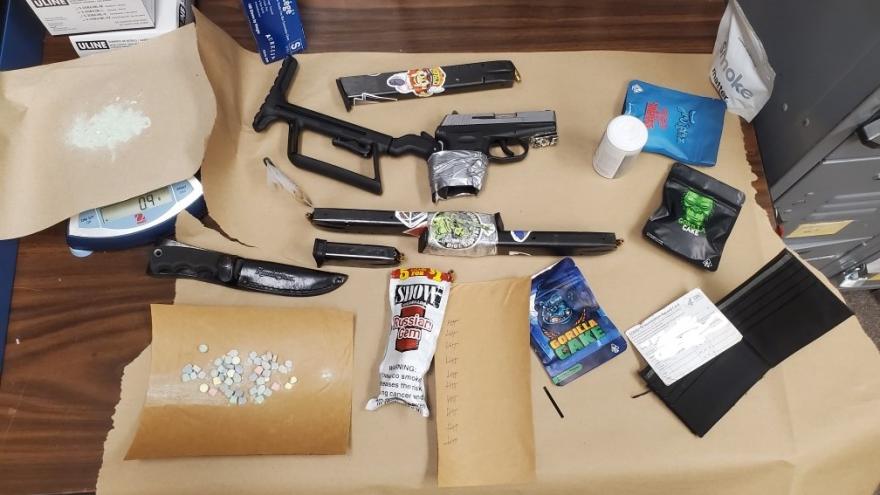 The sheriff's office says a deputy searched the vehicle after detecting a strong odor of marijuana and numerous signs of impairment in both occupants.

During the investigation, deputies seized a handgun with a makeshift telescoping stock, 104 rounds of hollow point 9mm ammunition in multiple magazines, 16 grams of MDMA and 32.1 grams of marijuana.

The occupants, a 33-year-old and 45-year-old, both Milwaukee residents, were arrested and are being held at the Racine County Jail on numerous charges, including possession of a short-barreled rifle, possession of MDMA with intent to distribute, possession of marijuana and carrying a concealed weapon.