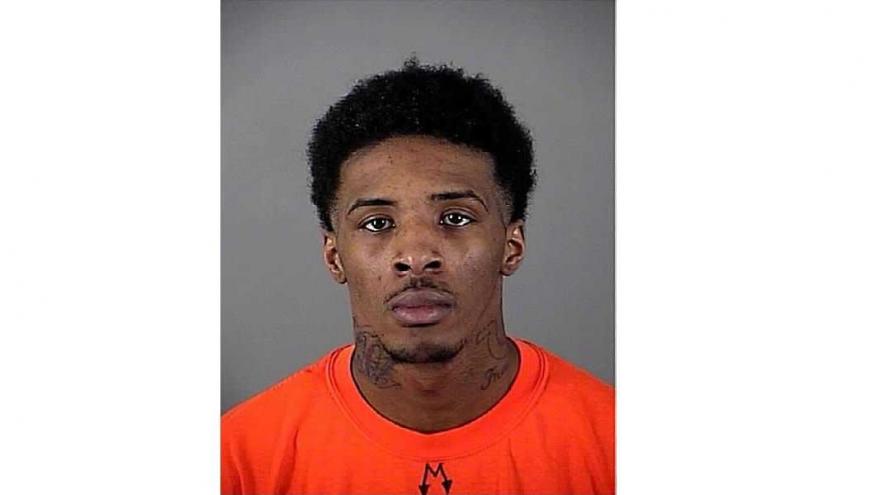 BROOKFIELD - Nico Swanagan of Milwaukee now faces 7 criminal counts after a shooting at a Brookfield hotel over the weekend. Witnesses from that night say the shooting happened because of a jealous boyfriend.

He appeared in court on Wednesday afternoon. His lawyer said Swanagan can only afford a $1,000 bail.

"It's not the type of incident I think that merits bail as small as is proposed by defense counsel," said Commissioner Thomas Pieper.

The court set a $250,000 bail. Swanagan's lawyer also mentioned he has mental health issues he is getting treatment for.

According to a criminal complaint, The City of Brookfield Police received multiple calls of an active shooter at the Embassy Suites Hotel around 1:30 a.m. Sunday morning. After the hotel was secured, it was determined that the shooting took place in a hotel room where a Birthday party was taking a place.

One of the witnesses stated that Swanagan is the boyfriend of the woman who the Birthday party was for. The witness described Swanagan as being frequently jealous which has lead to conflicts between the two in the past. The witness states that at one point during the party, the two were arguing in the hallway. The two moved to the bedroom where the witness states she heard a gunshot. Several witnesses at the party say they then saw Swanagan choke his girlfriend. Multiple people jumped on Swanagan in an attempt to stop him.

According to one witness, when Swanagan jumped up, he was holding a black and silver handgun. That's when that witness ran and hid in a bedroom. She heard the gunshots go off and when she came out she didn't see anyone hit, but heard that some people were shot.

A third witness attempted to stop Swanagan from choking his girlfriend. She said that when she heard Swanagan had a gun, she and her friend ran. Her friend suffered a graze wound. The witness said that she believes that the defendant's shots were calculated and that he knew what he was doing.

The criminal complaint also details more about the victim. The first person shot was Swanagan's cousin. The 18-year-old went into surgery after the bullet pierced his abdomen. He is now recovering.

Swanagan also shot at a 14-year-old boy. The teen told police Swanagan aimed the gun right at him, and he felt the breeze of a bullet fly right by his head. An 18-year-old party-goer was also shot. She was released from the hospital on Sunday.

Swanagan then fled the scene. He voluntarily turned himself into the City of Brookfield Police Department on Monday, January 30th.

He is due in court next for a hearing on February 8th.