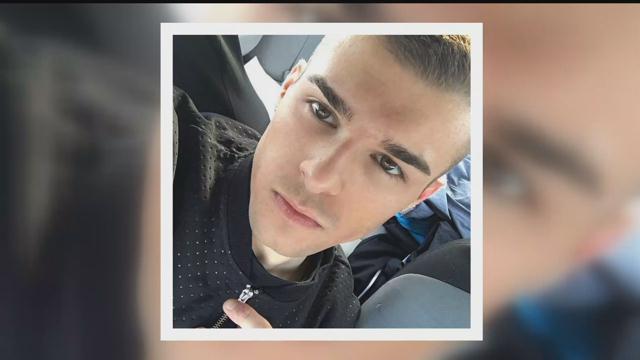 The victim is Ryan Yauck - a senior at West Bend East High School. On Tuesday counselors met with students emotionally troubled by the news.

The crash happened just after noon below the Chestnut Street overpass where blaze orange spray paint still marked where it happened on Monday. Washington County authorities say Yauck was filling his tank with gas when another driver - a 34-year-old from Palmyra - crossed the fog line and hit the 18-year-old - killing him.

Staff and community members are also allowed to use the services.

"Well, you know, our students are like our children - like our own personal children. When you have relationships with your kids you get to know them. You build strong report with them. Especially in this case when you're a senior. you know, he's been a part of our family for quite a while," Neitzke said.

Investigators have not explicitly said whether or not the driver of the other vehicle will be charged with a crime. It's still unclear why he left the road although authorities say neither drugs nor alcohol were a factor.