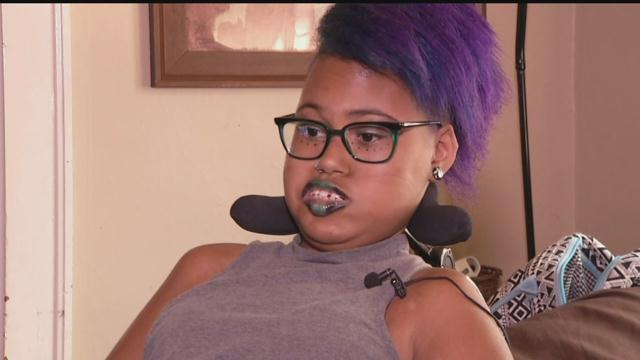 (WFRV) A 14-year-old Wisconsin girl who suffers from spinal muscular atrophy has made the tough decision to go off of her ventilator.

But not before celebrating her life with one last dance.

There's a sense of acceptance with 14 year old Jerika Bolen.

She has come to understand that she's no longer able to move on.

"I need to do what's best for me. It was a really hard decision to make,” said Bolen.

Jerika has been a wheelchair, as long as she can remember.

She's been unable to move most of her body with the exception of her hands, and parts of her face.

Her mother, Jen says, the decision to die was something that's been discussed for several years, since most people don't survive the incurable disease as long as she has.

"I knew it was coming, but I also realized that she fought much longer than she would have if it weren't for her trying to protect me,” said Jen Bolen.

Jerika plans to celebrate her life by putting on a prom dress this Friday night, for an event at Appleton's Grand Meridian.

She wanted a prom because she loves music.

"I don't have many friends, I'm not like, because I couldn't get out really and do many things because I was in so much pain, and this prom is, well we call it my last dance,” said Bolen.

Sometime in late August, Jerika will stop using a ventilator, she uses right now to breathe as she begins hospice care.