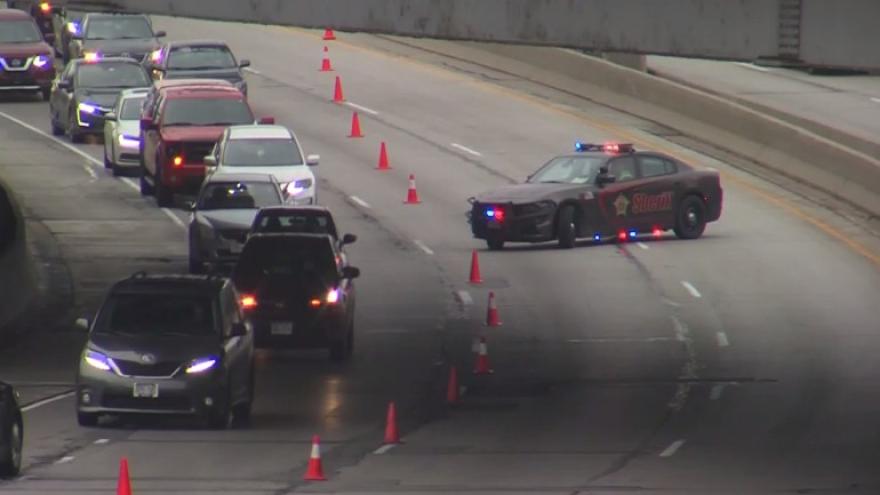 All lanes reopened around 11 a.m.

This wasn't the only crash that caused closures and major back ups Sunday.

MCSO responded to 20 property damage crashes, 11 personal injury crashes & 3 disabled vehicles between 6:00 a.m. and Noon due to slippery roads and motorists driving too fast. Many of the crashes involved multiple vehicles. The incident on I-43

MCSO said early Sunday morning that extremely icy road conditions were causing several crashes. The day begun with a freeway shutdown from Howard to Mitchell on I-43 northbound. MCSO warned motorists of slippery overpasses and to use caution on the freeway.

Around 8 a.m. major traffic began due to a crash on I-43 from Marquette Interchange North to Hampton, MCSO tweeted.

Nearly 40 minutes later, ice-related crashes continued in major areas of the freeway system, including I-894 between the Zoo and Mitchell Interchanges.