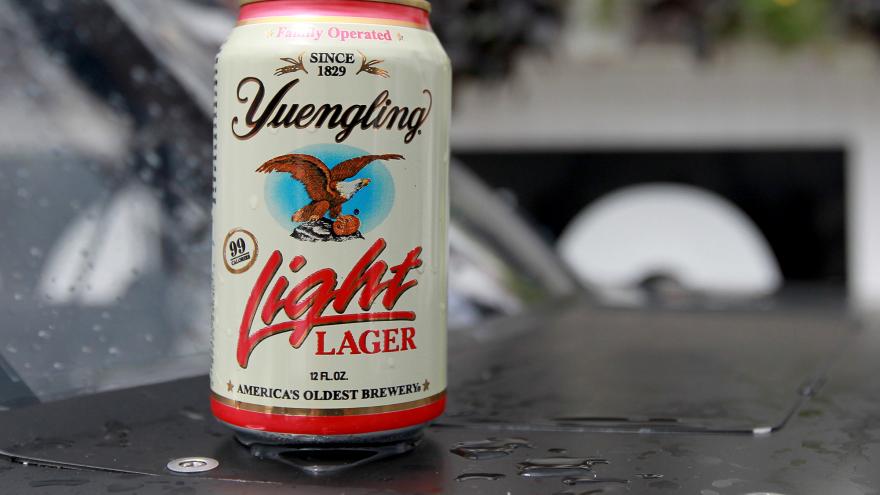 (CNN) -- Yuengling, the storied Philadelphia brewery, is headed west for the first time in its 191-year history.

D.G. Yuengling & Son and Molson Coors Beverage Company on Tuesday said they would create a joint venture to brew and sell Yuengling beer in the Western United States. The agreement gives Yuengling a path toward national expansion and creates an opportunity for a revenue boost for Molson Coors, as the maker of Coors Light and Blue Moon, navigates declining beer sales.

Until now, Yuengling has kept mostly east of the Mississippi, where its flagship lager and other beers are distributed in 22 states. While the joint venture will be responsible for the brand's production and sales in the Midwest and West, D.G. Yuengling will remain a family-owned company and will continue to oversee expansion within its existing markets and others it may add in the Northeast.

The exact details of the rollout will be determined in the coming months with the official launch in a year, said Wendy Yuengling, chief administrative officer for D.G. Yuengling.

The expansion has been a long time coming for D.G. Yuengling, which has taken a slow and methodical approach to growth in its nearly two-century history. Part of that can be attributed to logistics: D.G. Yuengling has two breweries in Pennsylvania and one in Florida. Meanwhile, Chicago-based Molson Coors has seven US breweries in states that include including Colorado, California and Wisconsin.

By tapping into Molson Coors' network of breweries, Yuengling beers can land out West via traditional distribution channels versus its fans having to pack their brews in their checked luggage or the trunks of their cars.

Full terms of the 50-50 joint venture were not disclosed.

The sales and production partnership comes amid a time of turbulence in the US beer industry. Following a year when, according to Brewers Association data, overall beer sales dropped 2%, the pandemic quickly created upheaval for brewers as restaurants and bars closed, sapping large chunks of sales. Brewers have also been navigating supply chain challenges as sales shifted heavily into liquor and grocery stores.