You've heard of K-pop, now it's time for K-drill 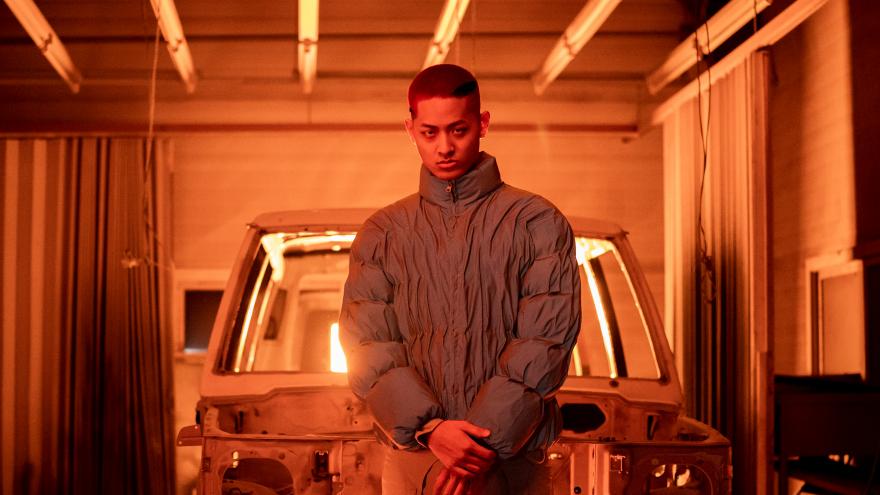 (CNN) -- If the lurking bass and syncopated beat of Silkybois' recent hit "Bomaye" sound familiar to fans of drill music, the pair's lyrical content might not. Flitting between English and their native Korean, the Seoul-based rappers inject numerous local references into the genre's typical allusions to street rivalries, cars and money.

Even threats of violence are delivered with distinctly Korean flavor: "My chopsticks bust you open, steaming, leave you laying there like a dumpling," raps one half of the duo, Park Sung-jin, who goes by the name Jimmy Paige.

Silkybois are part of a wave of rappers bringing the hard-hitting sound of drill, or "deulil" as it's known locally, to South Korea. "Bomaye," which means "kill him" in the African language Lingala -- and was famously used by boxing fans cheering on Muhammad Ali when he fought George Foreman in Zaire (now the Democratic Republic of the Congo) -- has amassed almost 2 million views on YouTube since it was released last year.

"I didn't expect foreign YouTubers to make reaction videos or the song to trend on platforms like TikTok," said Silkybois' other member, Kim Dae-woong, whose rap name is Black Nut, in a video interview from Seoul. "We just did what we wanted to do in our style. I enjoyed watching people's reactions, which were unexpected."

Though drill originated in Chicago in the early 2010s, South Korea's scene borrows heavily from a British subgenre dubbed UK drill. With similarly gritty and provocative lyrics, but faster beats and more melodic sliding basslines, the sound has since spread from south London to influence scenes around the world, including, in turn, America's.

But while drill artists in the UK and US are known -- sometimes controversially -- for rapping about knife violence and firearms, things are somewhat different in South Korea, which has one of the world's lowest gun crime rates. References to physical violence are prominent nonetheless, and the country's drill rappers are uncompromising in their depictions of urban hardship.

"The lyrics are about city things," Park said. "Good or bad, it has to be facts. Things that happen in the streets, in the neighborhood and our mentality -- it's all about us against them.

"To me, drill is just another (art) form," he added. "We like the hard lyrics ... We're always looking for ways to make harsh metaphors and punchlines, and I guess it worked."

Global interest in contemporary Korean culture has skyrocketed over the past decade, with the so-called "K-wave" seeing groups like BTS and Blackpink achieving mainstream success in the West. K-pop has been the country's primary musical export, but there is also a healthy domestic hip-hop scene.

The number of drill artists may be small by comparison, but several of the country's best-known rappers -- including Keith Ape, Changmo and Korean American artist Jay Park -- have recently released music influenced by the genre.

Among the musicians crossing over is Shin Young-duk, or Blase, who helped thrust drill into the spotlight last fall with a performance on the hugely popular South Korean TV rap competition, "Show Me the Money." His 2021 self-titled album features an array of genres, from grime to garage -- but it's the drill-inspired "Peace Out" and "CVS" that have racked up the most plays on Spotify. ("I'm on road all night long working," he raps in the latter, with a chorus that combines English and Korean. "Don't close like CVS 24.")

Shin said he discovered UK drill through the TV drama "Top Boy," which charts the struggles facing young people in inner-city London. Though initially uninterested in the Chicago scene, he was drawn to the London sound (which he described as a "whole new genre") and began studying British pronunciation to use when delivering lines in English.

"The British English I knew was from 'Harry Potter,'" he said in a video interview. "So, I was interested in just how different rappers' accents were from what I knew. The more I listened to (British rappers), the more I found them appealing."

The 27-year-old artist's lyrics are often autobiographical, addressing personal matters -- like the struggles he faced during the Covid-19 pandemic -- rather than social issues. Mimicking gang- or gun-related content from other countries would, he said, be inauthentic.

"Hip-hop didn't originate from Korea, so when you bring the sound from abroad, sometimes people bring the sentiment (of the lyrics) as well," he said. "There are some cases of (copying the lyrical content) but these days, the Korean public will see this as fake or gimmicky. Artists don't want to take that risk. Rapping a story that's not yours isn't cool."

Drill has become a political lightening rod in the UK, where lawmakers and police have argued that the genre directly contributes to gang violence and knife crime. A crackdown in recent years has seen YouTube deleting music videos at the request of London's Metropolitan Police, while lyrics have been used against rappers in court -- despite some experts' concerns that links between music and crime are poorly evidenced.

In 2019, British drill duo Skengdo and AM were given suspended prison sentences for performing their song "Attempted 1.0." London police said they had breached a court order banning them from, among other things, making music deemed to encourage gang violence. In performing the song and uploading it to social media, the pair had "incited and encouraged violence against rival gang members," police said in a statement.

Silkybois' Kim is no stranger to the legal ramifications of his lyrics, either. In 2019, a South Korean court handed him a suspended prison sentence for directing sexual insults toward female rapper KittiB during concerts and in two of his solo songs. In a statement given to the Chosun Ilbo newspaper two years after, a representative for KittiB said she was "the clear victim of crime," and that she was still receiving "sexually harassing malicious comments and DMs" from others as a result of the songs.

The case prompted a debate about freedom of speech, though the country's Supreme Court upheld the decision, describing the lyrics as "vulgar and an expression of sexual degradation."

Kim said rap content is taken "too seriously" in South Korea, adding: "It's frustrating that people can't understand your lyrics and perceive them negatively." His bandmate Park also dismissed the possible real-life impact of aggressive music: "If you listen to James Brown do you feel good right after? No. It's just sound. Could drill music increase violence? Hell no. You can't say that."

Kim's case aside, the country's drill scene has -- perhaps on account of its comparatively small mainstream profile -- been largely unaffected by legal issues. None of the artists spoken to for this article reported other police restrictions on performing or recording music.

And South Korean artists' lyrical content makes an official crackdown on drill unlikely, Park said, arguing that rappers in the UK and US have invited trouble by openly discussing crime in their music.

In a genre that often sees artists denigrate the abilities of rival rappers, it is somewhat fitting that he believes the biggest challenge facing South Korea's drill scene isn't politicians, the police or even a lack of interest -- it's the quality of his contemporaries.

"They're trying to make drill songs, but they'll fail because they can't rap," he said. "You've got to know how to make bars -- that's the priority in this business."