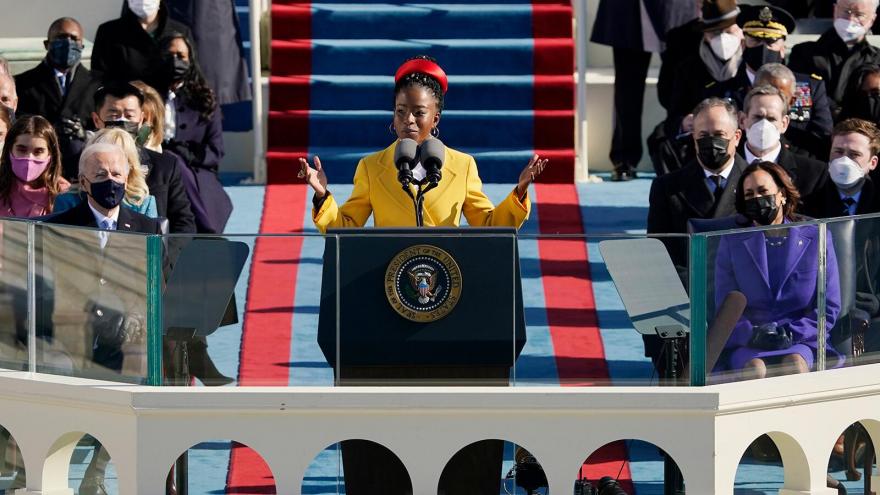 Gorman's poem will highlight three individuals the NFL will honor as honorary captains at the Super Bowl "who served as leaders in their respective communities during the global pandemic."

The recitation will air nationally and be featured at Raymond James Stadium in Tampa, Florida.

"We are honored to recognize these three individuals who represent the best in all of us," Goodell said in a statement. "During this incredibly challenging time in our lives, Trimaine, Suzie, and James have exemplified the essence of leadership, each in their own way. We are grateful for their commitment and proud to share their stories and recognize them during this special moment on Super Bowl Sunday."

Gorman, who regularly draws from current political events in her work, spoke passionately about the need for social change: "We learned that quiet isn't always peace, and the norms and notions of what 'just is' isn't always justice."

Born and raised in Los Angeles by a single mother and sixth-grade English teacher, Gorman started writing poems when she was a child, but found it terrifying to perform due to a speech impediment. She overcame that fear by drawing confidence from former President Barack Obama and the Rev. Martin Luther King Jr., and practices songs from the Broadway musical "Hamilton."

The Tampa Bay Buccaneers take on the Kansas City Chiefs in Super Bowl LV on February 7.