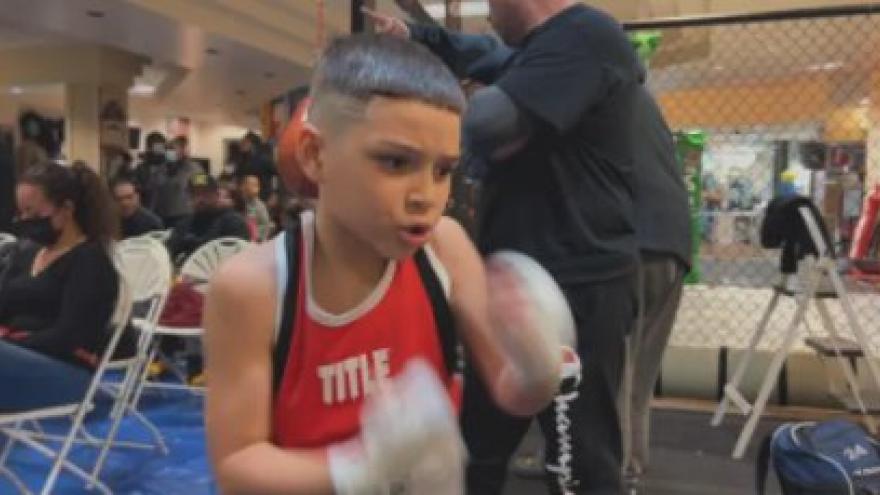 AURORA, Colorado (KCNC) -- The boxing community in Colorado has been dealt 2 heavy blows so far this year. Boxing coach and gym owner Joaquin Romero was recently killed and In January the DPD Boxing Brotherhood Youth Program’s trailer was stolen and along with it their bell ring and the ability for many boxing clubs to put on shows with that gear.

“The boxing ring was for the community. For all the amateur boxing programs that are in the state of Colorado. All it took was a telephone call if they needed a ring and they would have it,” said Program Director CC Edwards.

Boxers know how to get up after being knocked down. That’s why youth boxing clubs from all over the state held a fundraising show at a boxing gym in the Town Center at Aurora Mall Saturday.

The fighters and coaches are hoping they can at least raise the money they need to buy a new ring so the rest of their shows this year won’t be cancelled. One in Pueblo scheduled for March is already having to scramble to find a ring.

“We are having a ring built but we have to have the money to pay for it,” Edwards said.

No matter what, Colorado kids who box and their parents and coaches are going to keep fighting and rooting for The Brotherhood, because no matter which fighter had the better fight Saturday when The Brotherhood gets their new ring they will all win.