Your July Fourth celebrations will be more expensive this year 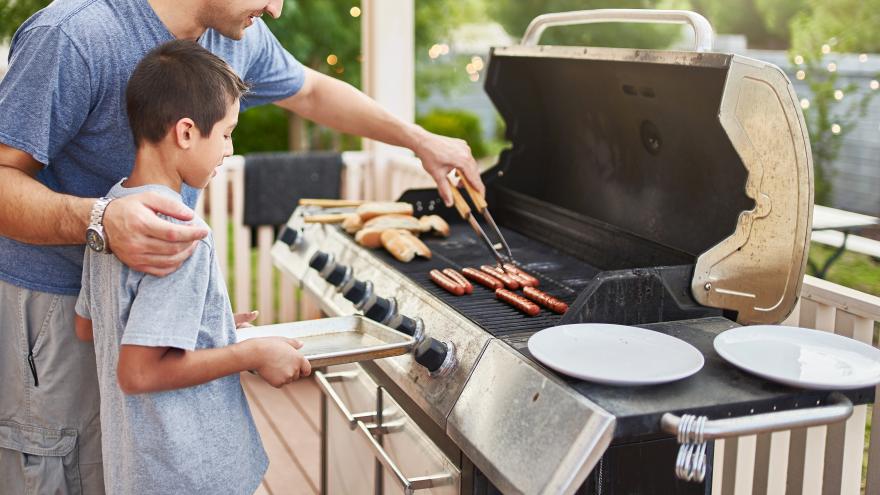 (CNN) -- Fourth of July celebrations are going to be a lot more expensive this year. The silver lining? Beer is still relatively cheap.

In the four weeks ending on June 12, the price of ahot dog package jumped about 17% compared to last year, according to the market research firm IRI, which tracks total US multi-outlet retail sales at US supermarkets, big-box retailers, convenience stores and other locations.

Other grilling items also got more expensive. Frozen meat, not including poultry, went up 16%, frozen sausages got nearly 27% pricier, and lettuce prices rose about 13%. Mustard also got about 13%pricier.

Beer, on the other hand, spiked only about 4%. That's a bargain, considering that the Personal Consumption Expenditures price index, a key inflation gauge, increased by 6.3% for the year ended in May.

But overall, "the cost of the holiday is going to be much higher this year than even last year," Joan Driggs, VP of thought leadership at IRI, told CNN Business.

It shouldn't come as much of a shock that Independence Day will be hard on your wallet — grocery prices have been soaring over the past year.

According to the Consumer Price Index, groceries were about 12% more expensive in the year ending in May, the largest year-over-year increase since 1979.

There are a number of reasons for the drastic increases. Higher fuel prices, rising commodity costs due to the war in Ukraine and severe weather have all impacted food supplies and prompted higher prices.

Driggs pointed to another problem — the difficulty in forecasting customer demand. Some manufacturers may have been anticipating that more people would be eating at restaurants by now, she said, but "with inflation, maybe people aren't dining out as much as they used to."

Those who bought grilling items in the weeks leading up to June 12 may not have been shopping specifically for Independence Day barbecues. Now, with July 4th just around the corner, there might be a few deals to be had. But any discount will likely be small, Driggs noted.

Prices may feel "a little more palatable when you take into consideration some of the promotions that are out there," said Driggs. But this year's deals might not reach "the depths of discounts that we saw in the past," she said.

For example: In years past, consumers might have seenbuy one, get onefree deals in stores. This year, they might have to buy two to get the freebie.

One reason for less generous discounts, Driggs noted, is that with higher gas prices, fewer people will shop around for the best price.

"That's kind of a bonus for retailers," she said, but"it's a tough mix for shoppers right now."

— CNN's Chiara Grimes and Alicia Wallace contributed to this report.