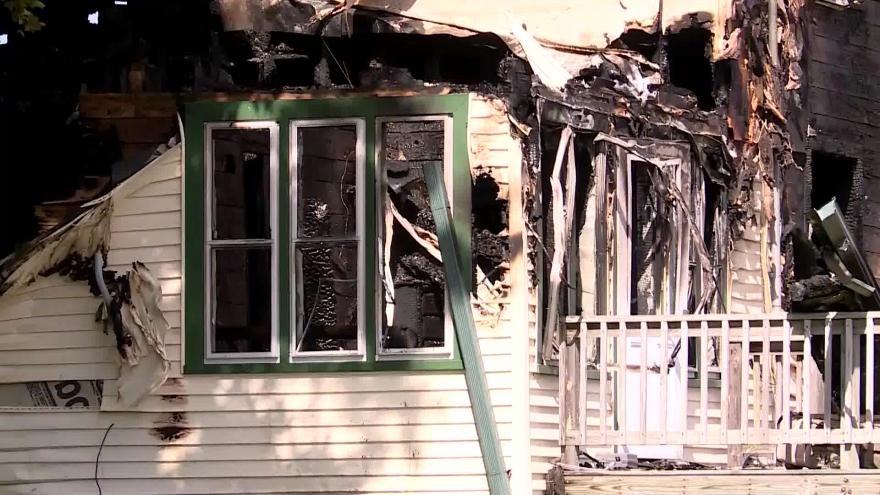 The Langlade County Sheriff's Office said it could be days or weeks before they're able to identify the remaining victims of Tuesday's fire. Two adults and three other children were killed. Two other people escaped.

Fire officials say the blaze is believed to have started on the lower level of a multifamily home and spread upward. Town of Langlade Assistant Fire Chief Don Wineland said the home was engulfed in flames when firefighters arrived about 6:30 a.m. and they couldn't immediately enter the house.

Authorities don't suspect foul play. It's unknown what caused the fire in the home in the unincorporated community of Pickerel, which is about 200 miles (321 kilometers) northwest of Milwaukee.

Langlade County Coroner Larry Shadick said the news of the fire has been "overwhelming" for the small community.

"I think we're all prepared for adults to die, but all of a sudden you have four children, you know, from 10 months to 7 years old, it's just one of those ones that just crushes everyone," Shadick said.