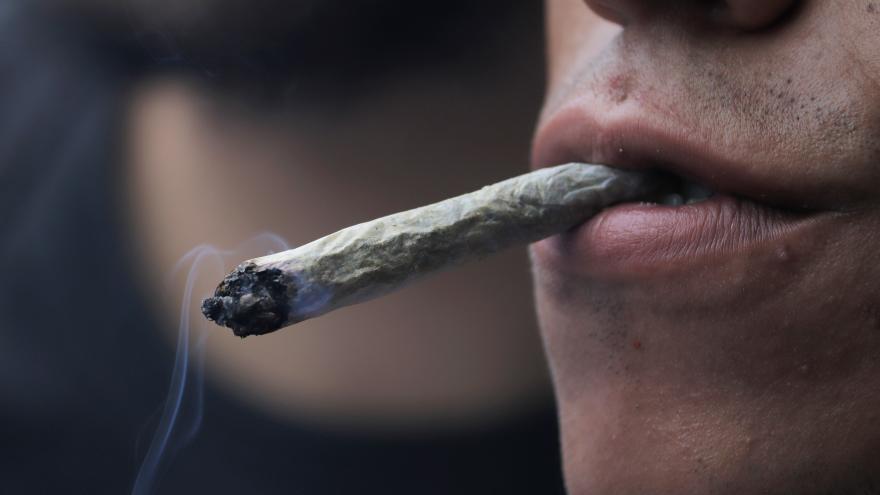 (CNN) -- Whether you smoke it, vape it or eat it as an edible, cannabis may be significantly increasing your risk of a heart attack.

Adults under 45 years old who consumed cannabis within the last 30 days, suffered from nearly double the number of heart attacks than adults who didn't use the drug, according to research published Tuesday in the Canadian Medical Association Journal.

Cannabis refers to psychoactive preparations of the Cannabis sativa plant, the psychoactive chemical of which is tetrahydrocannabinol, or THC, according to the World Health Organization.

Researchers analyzed health data from over 33,000 adults ages 18 to 44 included in US Centers for Disease Control and Prevention surveys in 2017 and 2018. Of the 17% of adults who reported using cannabis within the previous month, 1.3% later had a heart attack while only 0.8% of non-cannabis users reported the same.

Some people assume that consuming cannabis is safe and can't harm your body, but that is incorrect, said lead study author Dr. Karim Ladha, clinician-scientist and staff anesthesiologist at St. Michael's Hospital and the University of Toronto in Canada.

"There's increasing evidence that this could potentially be harmful to you, both in the short term and the long term," he said.

It can create an irregular heart rate

The study did not research how cannabis affects heart health, Ladha said, but he noted that previous research showed the drug can affect a user's heart rate.

"What you end up having is this mismatch of oxygen supply and demand which fundamentally leads to heart attacks," Ladha said.

Cannabis sold on the market today is also much more potent than cannabis sold in the past 50 years, said Robert Page, chair of the American Heart Association scientific statement on cannabis. Page was not involved in the study.

"This isn't what your granddaddy used to smoke at Woodstock; this is highly potent," he said.

Many people are not aware that cannabis can have negative interactions with other medications, Page added.

Like most other medications, cannabis is metabolized through the liver, which means it has the potential to interact with many cardiovascular medications like blood thinners, he said.

Research from the AHA also details potential benefits of using cannabis for pain relief and other medical purposes, but the negative consequences shouldn't be ignored, said study co-author Dr. David Mazer, anesthesiologist at St. Michael's Hospital and professor in the departments of anesthesia and physiology at the University of Toronto in Canada.

Both cannabis users and their health care providers should "balance the risks and benefits for cannabis in their own specific context," Mazer said.

The AHA does not recommend smoking or vaping cannabis in any quantity, Page said. Its researchers noted a potential association with stroke, and vaping has been associated with lung damage, he said.

In the future, Ladha said he wants to study cannabis users in real-time instead of looking at survey results retroactively.

It's difficult to run that type of study because cannabis is not legal in every state or at the US federal level, he noted.