You likely will hear the term 'ghost guns' today. Here's what it means 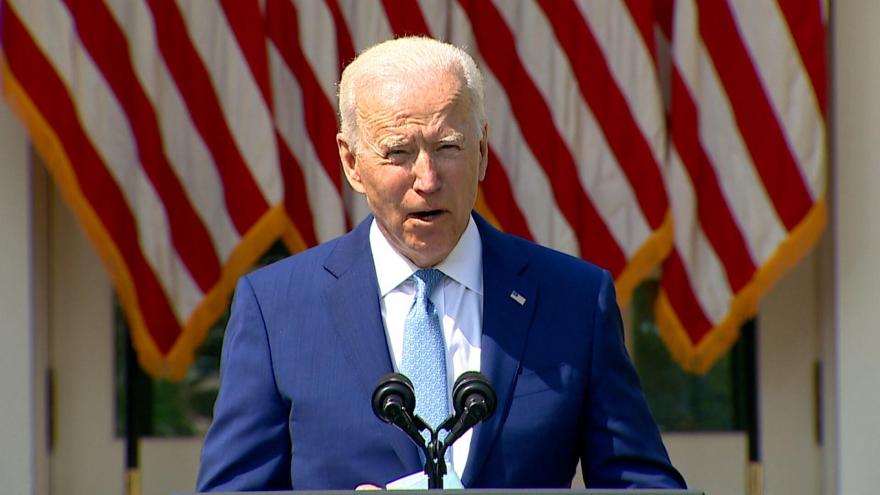 President Joe Biden is expected to direct his administration to tighten restrictions on so-called ghost guns as part of a series of actions related to gun safety on April 8.

(CNN) -- President Joe Biden is directing his administration to tighten restrictions on so-called ghost guns as part of a series of actions related to gun safety.

Here are key things to know:

The use of ghost guns is on the rise in major cities, like Baltimore and Philadelphia. And in 2019, the Bureau of Alcohol, Tobacco, Firearms and Explosives said that nearly a third of the guns now recovered by agents in California are unserialized.

Biden is directing the Justice Department to issue a proposed rule to "stop the proliferation" of those weapons, though a senior administration official previewing the action on Wednesday declined to elaborate on how specifically the rule -- due in 30 days -- might work.

The move is in line with recommendations from gun safety advocacy groups who are consulting with the White House, including Everytown for Gun Safety and Giffords: Courage to Fight Gun Violence.

Biden's actions come amid mounting pressure to act in the wake of a series of mass shootings around the country.

While campaigning, Biden said he would task his attorney general with instituting better enforcement of existing gun laws as a means of slowing gun violence. He also made a campaign pledge to send $900 million for community programs meant to combat violence, something the administration is sorting out how to fulfill.

Gun safety advocates say that the Biden administration can take action almost immediately to address a number of issues Biden brought up on the campaign trail.