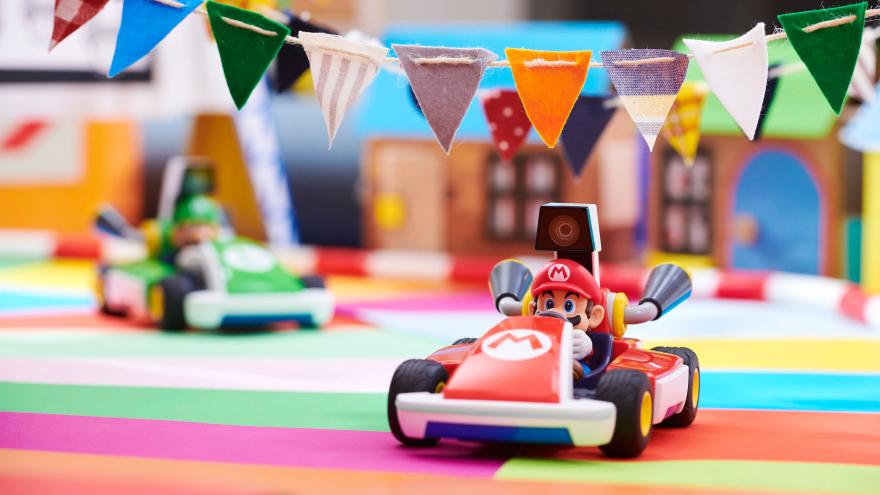 (CNN) -- Nintendo has dreamed up a new way for Mario Kart fans to race each other.

"Mario Kart Live: Home Circuit" is Nintendo's latest toy aimed at the holiday season, one of the many Super Mario products launching this year to celebrate the 35th anniversary of Super Mario Bros.

"Mario Kart Live" is a small remote-controlled car that works with augmented reality (AR) and a free game on the Nintendo Switch. It costs $99.99 and goes on sale October 16.

Each Mario Kart comes with a built-in camera that can see the car's surroundings.

CNN Business got to test out Mario Kart Live before the launch and set up a racing track inside the home. Even in a relatively spacious two-bedroom in New York City, it tooksome thought and planning to arrange the racing track, while leaving enough room for obstacles and a looparound from the last gate back to the first.

(Unexpected perk: The kart's camera is so close to the ground that it can help you spot cobwebs to clean and small jewelry you may have misplaced.)

Mario Kart is a well-known franchise, but Mario Kart Live's addition of augmented reality creates surreal moments, such as seeing yourself playing with the Nintendo Switchalongside Mario's kart or your pet dog walking by the race track. 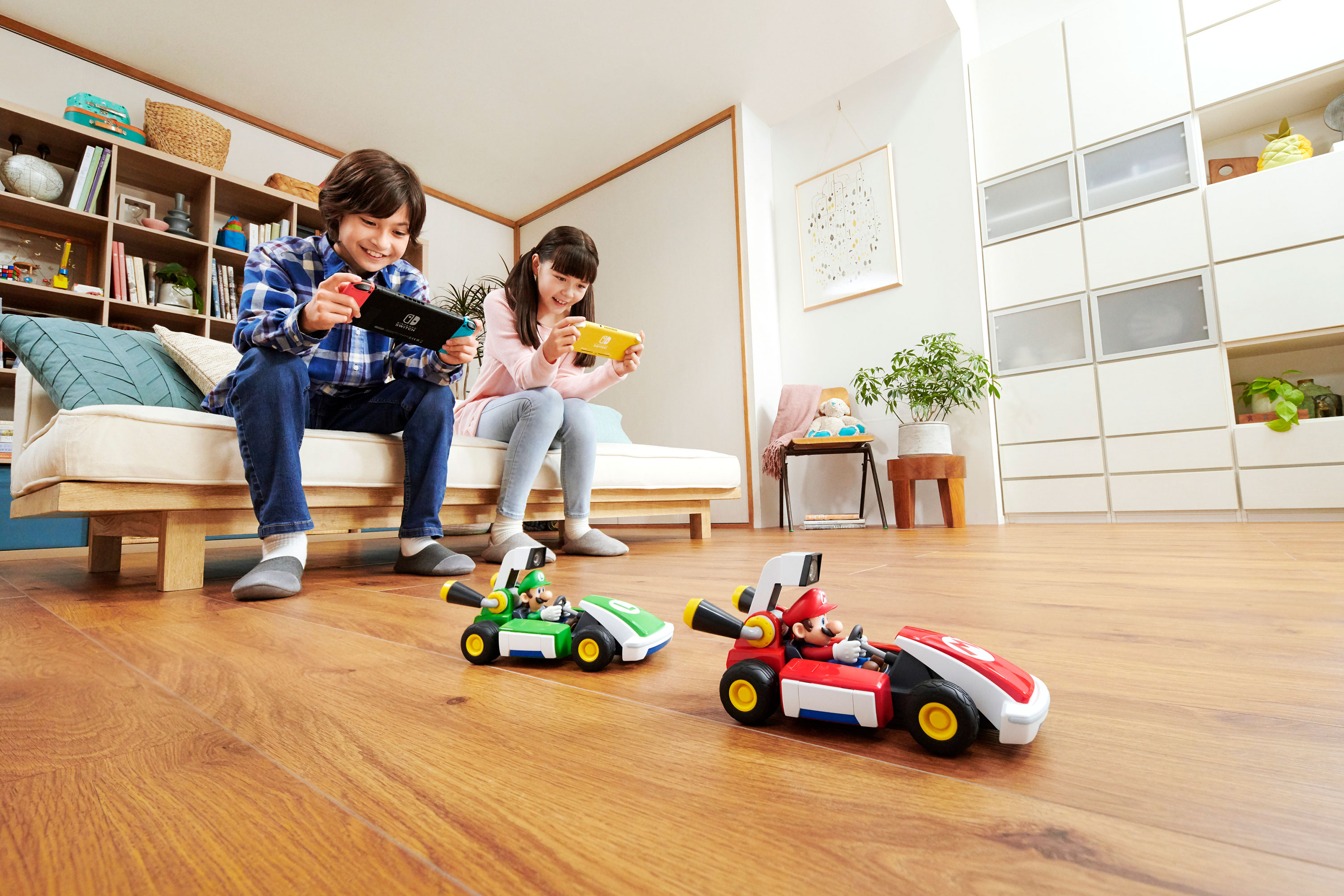 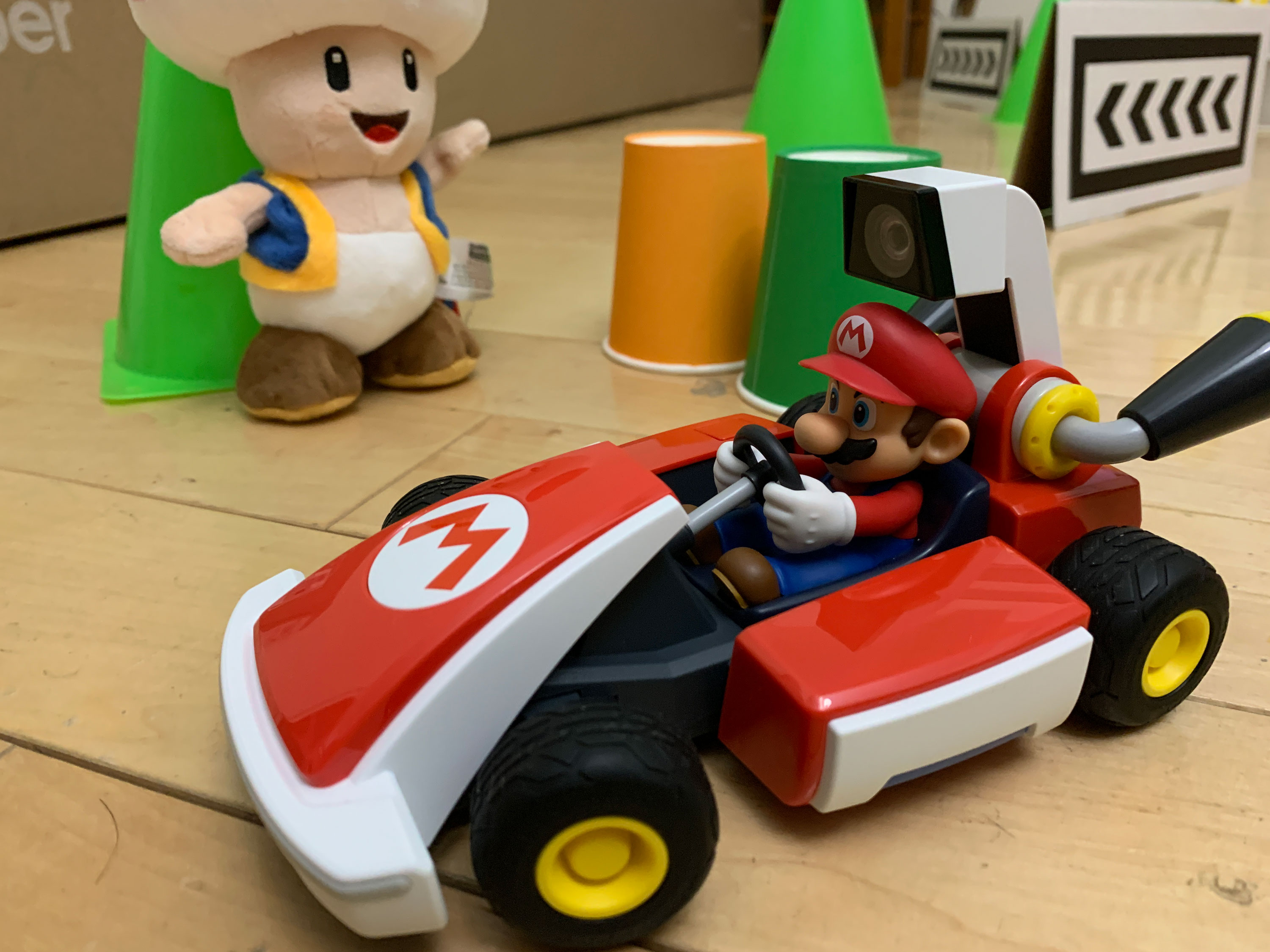 To set up the game, you must first download the free software from the Nintendo eShop and purchase a Kart, either Mario or Luigi. The game asks users to take a selfie for their driver's license by holding the kart up to their face.

Then you have to clear about 10 to 12 feet of space around your home to set up your race course, adding gates, and obstacles like traffic cones and cups. The game offers options for smaller spaces, although Nintendo doesn't specify how small.

Onscreen you see your own home, along with fictional objects like Mario's gold coins, special items and other players. For multiplayer mode, other players who want to participate will need to buy their own systems and kart.

When a race starts, Mario or Luigi race around the track competing against virtual opponents like Bowser Jr. and the Koopalings, or against other real players. The kart can detect when Mario bumps into real obstacles too, costing him coins.Themore races you enter, the more Mario or Luigi can unlock more outfits and race car looks.

Up to four people can race together, but each must buy their own Kart and Switch, which would cost a total of more than $1,000.

"It feels custom engineered for our ongoing pandemic, with folks stuck at home for the foreseeable future, and especially those with children," said Laine Nooney, assistant professor and historian of video games at New York University. "Surely Nintendo hopes Mario Kart Live will be a source of nostalgic fun for parents and at-home experimentation for kids."

The fact that each player needs their own Switch, and enough room to play the game could pose challenges to sales,Nooney said.

"While Nintendo may have nailed a use case for AR with Mario Kart Live, they haven't gotten around the fact that each screen is its own console — with a price tag to match," she said. "Nintendo may have inadvertently shrunk the potential audience for this game, given its price and space constraints." 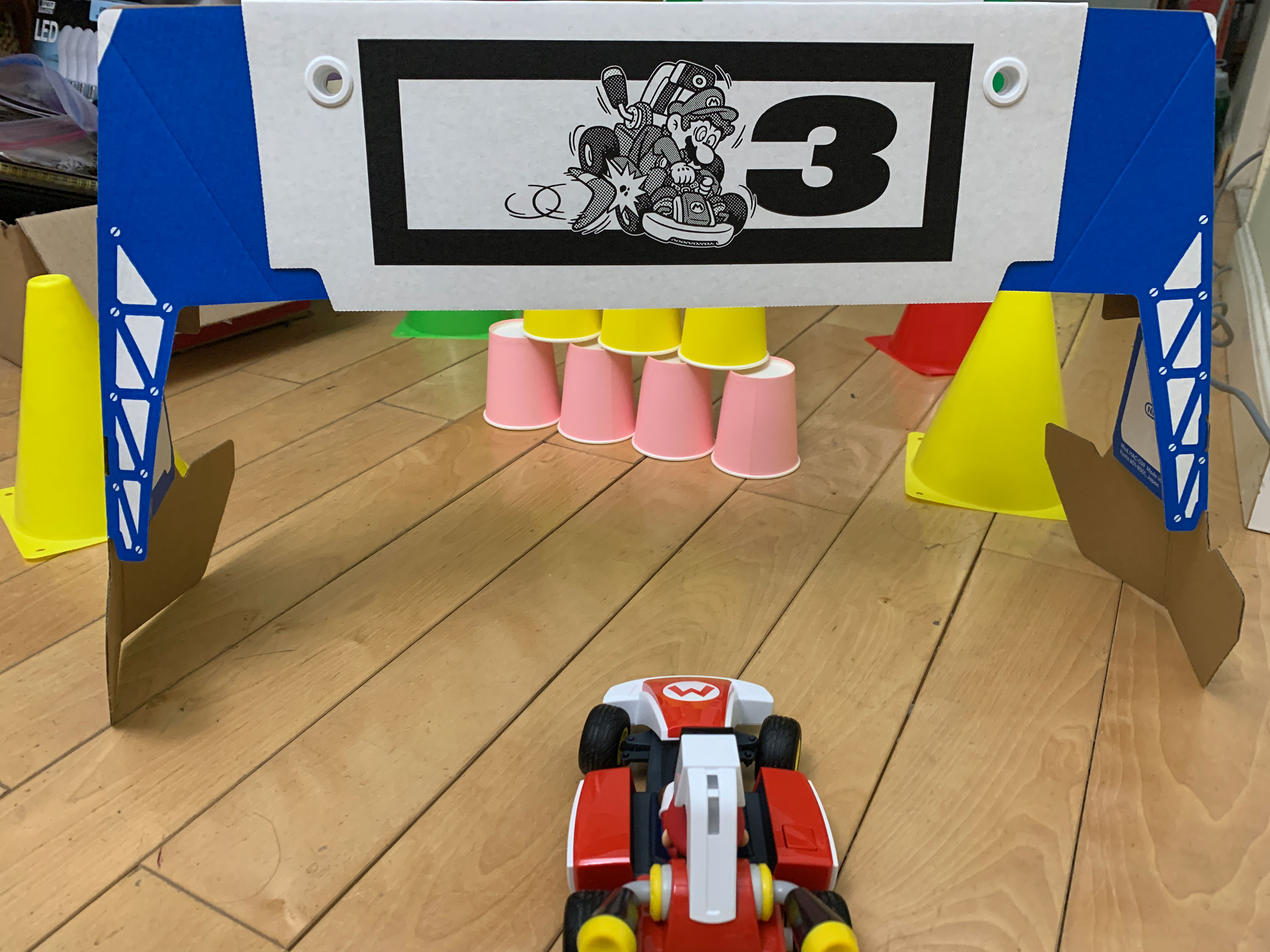