You can now buy merch from the infamous Fyre Fest fraud 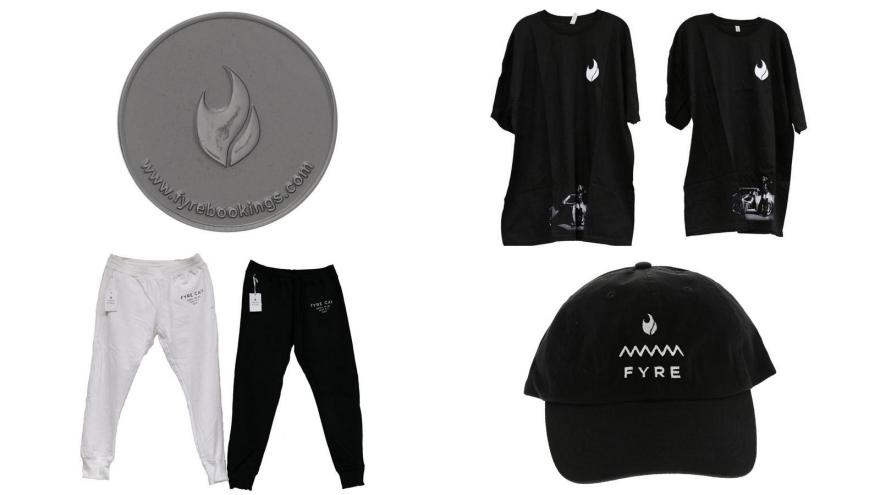 Fyre-branded tokens, shirts, sweatpants and hats are for sale in the online auction.

(CNN) -- The US Marshals are auctioning off a collection of hats, shirts, wristbands and other merchandise from the infamous Fyre Festival fraud.

The 126 minor items up for sale were seized by the federal government from Billy McFarland, the 28-year-old organizer of Fyre Festival, the 2017 event in the Bahamas that has become shorthand for scams in the age of social media.

"This Fyre Festival-branded clothing and other items that were seized from Billy McFarland were originally intended to be sold at the Fyre Festival itself but were kept by McFarland, with the intent to sell the items and use the funds to commit further criminal acts while he was on pre-trial release," US Marshal Ralph Sozio said in a press release

"The proceeds from the sale of these items, all traceable to McFarland's $26 million fraud, will go toward the victims of his crimes," he said.

The online auction lasts through August 13, and bidding on the items looks to be competitive. Several Fyre-branded hats that were initially listed at $15 are already up to $200 to $300.

The Fyre Festival, a music festival set in the Bahamas, was advertised by social media influencers, including Kendall Jenner and Bella Hadid, as a weekend of sun-soaked paradise among celebrities, private yachts, five-star chefs and musicians. Star artists Blink-182, Migos, Lil Yachty and Major Lazer all were billed on the festival's lineup.

Tickets to attend the festival had a price tag to reflect that upscale pitch.

But those who shelled out thousands of dollars for tickets were instead treated to mass disorganization, half-built tents and skimpy food options on a largely undeveloped island, leading to "Lord of the Flies"-type chaos. The disastrous festival planning led many of the musical artists to back out, and a number of civil lawsuits alleging fraud were later filed against the organizers.

Fyre's spectacular failure launched it into infamy. Both Netflix and Hulu produced documentaries examining McFarland's role in the con and the wealthy young victims lured by illusions of luxury and exclusivity.

McFarland is serving a six-year prison sentence for the fraud. He pleaded guilty in 2018 to two counts of wire fraud for his role in defrauding Fyre Festival investors and ticket vendors of about $26 million, prosecutors said.

He also pleaded guilty to a charge of bank fraud for a "sham ticket scheme" he conducted while out on bail, another count of bank fraud for writing a check using the name and account number of an employee without authorization, and to making false statements to federal law enforcement about the frauds, according to prosecutors.