You asked, we answered: NASA's new telescope and the search for clues about our universe explained 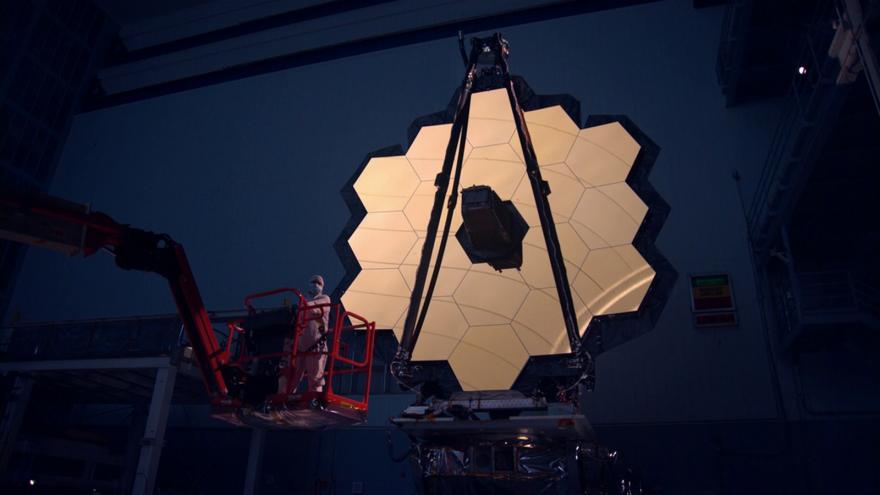 (CNN) -- The most powerful telescope ever built is scheduled to launch on December 18. The James Webb Space Telescope will peer into the atmospheres of exoplanets, some of which are potentially habitable, and look deeper into the universe than we've ever been able to before.

This mission has been decades in the making. The concept for the telescope was first imagined as a successor to Hubble in 1989, and construction began in 2004. Now, Webb, which is 100 times more powerful than Hubble, is ready to launch.

CNN asked readers what you want to know about the telescope and its mission.

We sent those questions to the experts: Sara Seager, a planetary scientist and astrophysicist at the Massachusetts Institute of Technology; Matt Mountain, Webb's telescope scientist; and NASA's Stefanie Milam, the JWST deputy project scientist for planetary science.

Here's what they said.

How much did the telescope cost to make?

Stefanie Milam: To build, launch and commission the Webb telescope, it cost NASA $8.8 billion. When you include operation costs, it brings the total bill to more than $9.66 billion.

How long did the telescope take to build?

Milam: In the late '80s, Webb moved from an idea to a real mission concept.
In 1996, there was a formal recommendation to build a space-based infrared telescope.

In 2004, construction began and was completed in 2019 with the final assembly of the parts.

What are the telescope's main tasks?

Matt Mountain: This is the most complex telescope ever built, so first it must work.

Second, we want to peer more deeply into parts of the universe we have never seen. We want to be able to look back in time to see how the first stars and galaxies came into existence. We want to see how stars are formed into molecular clouds.

Then we want to explore nearby stars that have planets to see if we can find water on their surface. This is the first sign that there may be life there.

How does the telescope work?

Milam: It works by pointing the telescope at any object in space. Light is then reflected to the primary mirror to the secondary into the instrument module when images and spectra (light waves) are collected. We then send that data down to Earth.

How deep into space will this telescope see compared to other telescopes?

Mountain: With the Hubble Telescope, we could see back 13.5 billion years and see galaxies, but that wasn't enough. We need to push past the Hubble to see what those first galaxies and stars come from and how they were created.

With the Webb Telescope, we can push back to within 100 million years of the big bang, capturing light that has traveled for 13.6 billion years.

NASA put it this way: "Hubble can see the equivalent of 'toddler galaxies' and Webb Telescope will be able to see 'baby galaxies.'"

How far away will the telescope be able to see?

Sara Seager: The telescope can see back in time over 13 billion light-years. If we want to translate that into a distance, it's 80 billion trillion miles away.

Where is the telescope going?

Seager: The telescope will travel very, very far away. It will be 1 million miles away from Earth at a special Earth-sun balance point where it's cold, dark and very suitable for astronomy.

This NASA illustration shows that, unlike Hubble, which orbited Earth, Webb will orbit the sun. This orbit is called the second Lagrange point or L2.

Why haven't we seen any indication of life (intelligent or otherwise) so far?

Seager: We haven't found signs of life yet by way of planets and exoplanets' atmospheres because we haven't had the capability yet.

As for intelligent life, that's a completely different story — we are listening for messages, but intelligent life hasn't sent us a message yet as far as our telescopes can tell.

What happens if the telescope finds life somewhere out there in the universe? Next steps?

Milam: JWST will not be looking for life in other planets, but it will be characterizing their atmospheres, looking for molecules of interest like water, carbon dioxide and methane. These molecules will give us an idea of what's happening on that planet, which we will follow up with future telescopes.

Once launched, will the Webb telescope be immediately operational, or is there some setup time first?

Mountain: When it gets launched, the telescope isn't ready. It's wrapped up in its cocoon, and it has to unfold like a butterfly across a million miles of space. After about a month, it will take its shape and then the scientists have to get all the instruments and mirrors working. About six months after the launch, the Webb telescope will be ready to take its first pictures.