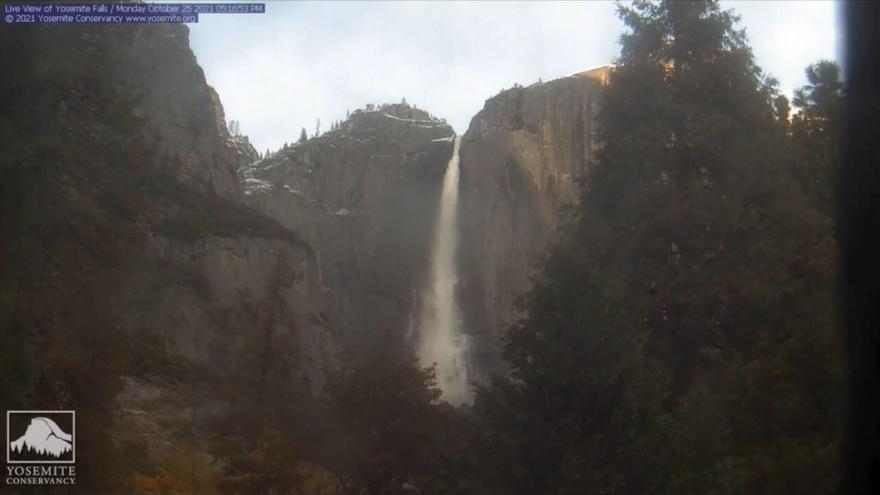 About 7 inches of rain came down across Yosemite National Park from late Sunday evening through late afternoon Monday -- with lower totals in the southern and western sections -- said Jerald Meadows, meteorologist-in-charge at the National Weather Service office in Hanford, California.

The considerable rain owed to a chart-topping "atmospheric river" that coincided last weekend along the West Coast with a storm system known as a "bomb cyclone."

The conditions made for the season's first heavy, wet snow across the Sierras and soaking rains for the coastline and valleys across central and Northern California. The system has since pushed east, ushering severe storms Tuesday into the Plains.

"We had quite a storm, with over six inches of rain in Yosemite Valley over the past 36 hours," park managers posted Monday to Facebook.

"We don't have any direct measurements, but sensors suggest a few feet of snow fell at the higher elevations. Snow level for much of the storm was high, causing rivers and creeks to rise substantially (8.5 feet on the Merced River at Pohono Bridge, 1.5 feet below flood stage)."

"It's been a while since we've seen water moving across the falls," Meadows said of Yosemite's natural wonder, nodding to California's long and ongoing drought.

"What typically brings us good waterfalls over Yosemite Falls is our snow pack, and last year, snow pack was very minimal," meaning the flow that usually lasts until June or July "dwindled in March and April," he told CNN.

The falls are flowing really well now, in part, because of how little rain was absorbed into the parched soil, said Meadows.

"So, it may be a faster dry-up than normal ... a more brief period of flows than we normally see," he said.

As for how long Yosemite Falls might maintain its iconic grandeur, "all indications right now are we are looking at a drier-than-normal precipitation year," Meadows said. "The falls could yet again become dry into the November-December time frame."