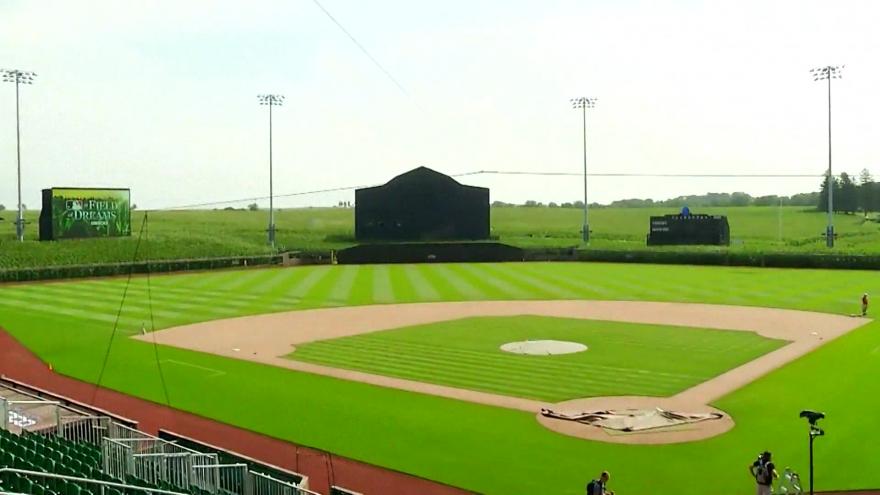 DYERSVILLE, Iowa (AP) — The Chicago White Sox and New York Yankees have been in awe of the scene at the Field of Dreams game.

The two teams were picked to play among the cornfields, next to the filming site of the 1989 movie in Dyersville, Iowa.

This is the first Major League Baseball game in the state.

The event was delayed by one year due to the COVID-19 pandemic.

Commissioner Rob Manfred says MLB will stage it again in 2022, with the teams to be determined.

Players from both teams reenacted moments from the film during photo ops before the game.

Once the game began, sluggers Aaron Judge and José Abreu both homered into the cornstalks.