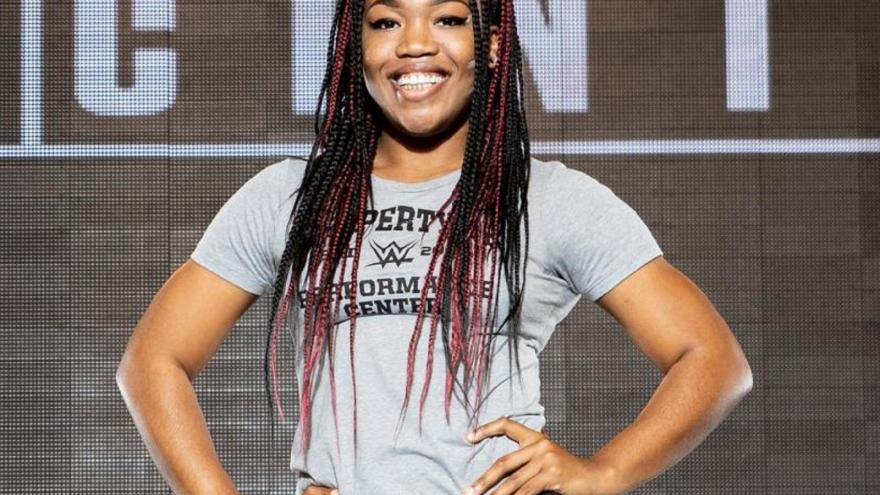 (CNN) -- Aja Smith is now in the WWE history books.

"That is the greatest moment of my life," Smith said through tears. "Having this platform as a female, as a female of color, is really an honor and I'm so thankful to be given this moment."

"Your love and support over the years has gotten me to this moment. This is bigger than me. To follow a dream. TO MAKE HISTORY. And I'm just getting started. We can do it all and I'm honored to be lighting the way. Let's change the world! #BlackGirlMagic," she tweeted.

The WWE also tweeted: "For Aja Smith, a dream has now become history."

"I AM SOOOO proud of @PereraPower ..... Live and enjoy every moment....take every opportunity and learn. Cant wait to see what the future holds for u! HERstory...(history)," Martinez's tweet read.

Prior to becoming a referee, Smith was a wrestler who went by the name Aja Perera and competed across the US, Japan and Mexico. She also won two championships.

Smith will officiate matches for WWE NXT on the USA Network, according to WWE's website.

"Referees are really the unsung heroes and they put in so much work and they're seemingly invisible, but without them there would be no wrestling, honestly," Smith said in the WWE video.