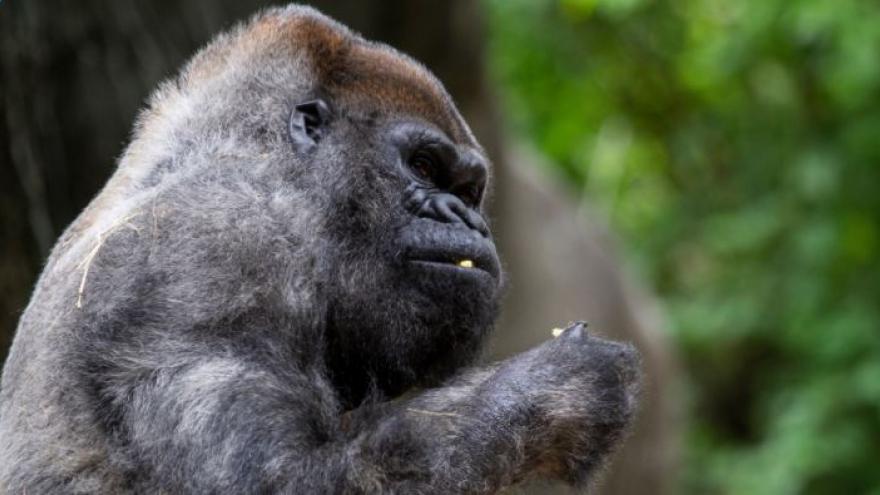 ATLANTA (WGCL) -- It was a historic moment last week at Zoo Atlanta, as the world's oldest living male gorilla celebrated a milestone birthday!

On June 20, which was Father's Day, Ozzie turned 60 years old. According to Zoo Atlanta, not only is Ozzie the oldest living male gorilla, he is the oldest male gorilla on record.

That deserves a big birthday celebration. Ozzie celebrated with a multi-tiered ice "cake" filled with frozen fruits and topped with the number 60.

The zoo says Ozzie has more than 20 descendants, including children, grandchildren and great-grandchildren.

Gorillas are considered geriatric after the age of 40. Ozzie shares his habitat with females Choomba (58), Machi (45), and Kuchi (36), in areas specifically configured for the needs of senior gorillas.

Ozzie is a Western Lowland Gorilla, a species that is now classified as critically endangered. Over the last 25 years, the species' population has declined by 60 percent according to the International Union of Conservation of Nature.