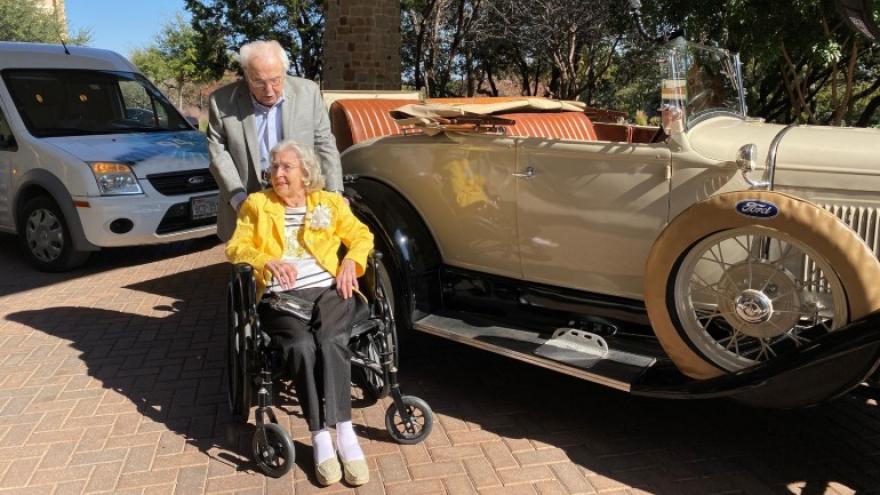 (CNN) -- The world's oldest living couple celebrated another major milestone when their senior living community in Austin, Texas, threw them a party for their 80th wedding anniversary.

John and Charlotte Henderson have an aggregate age of 211 years and 175 days, and a love story that has quite literally stood the test of time.

To celebrate their 80th year together, 106-year-old John picked up 105-year-old Charlotte in a 1920's Roadster -- much like he did on their first date -- with a beautiful bouquet of flowers.

Friends and family gathered at Longhorn Village on December 11 to celebrate the couple with lots of food and a slideshow filled with photos of the couple over the years.

Jason Free, who helped his great-uncle and great-aunt get recognized by Guinness World Records in November as the world's oldest living couple, told CNN affiliate KXAN what makes them so special.

"They are a wonderful couple, and an example of a very happy couple -- glad to be around each other, travel together, and live life," he said.

The two met in class at The University of Texas in 1934 and married in 1939, just months after the start of World War II.

"They'll tell you stories of the past, but they don't dwell on the past," Free told KXAN.

John, who is the oldest living former UT football player, attends at least one Longhorn game every year. He and Free would always talk football at family holidays. 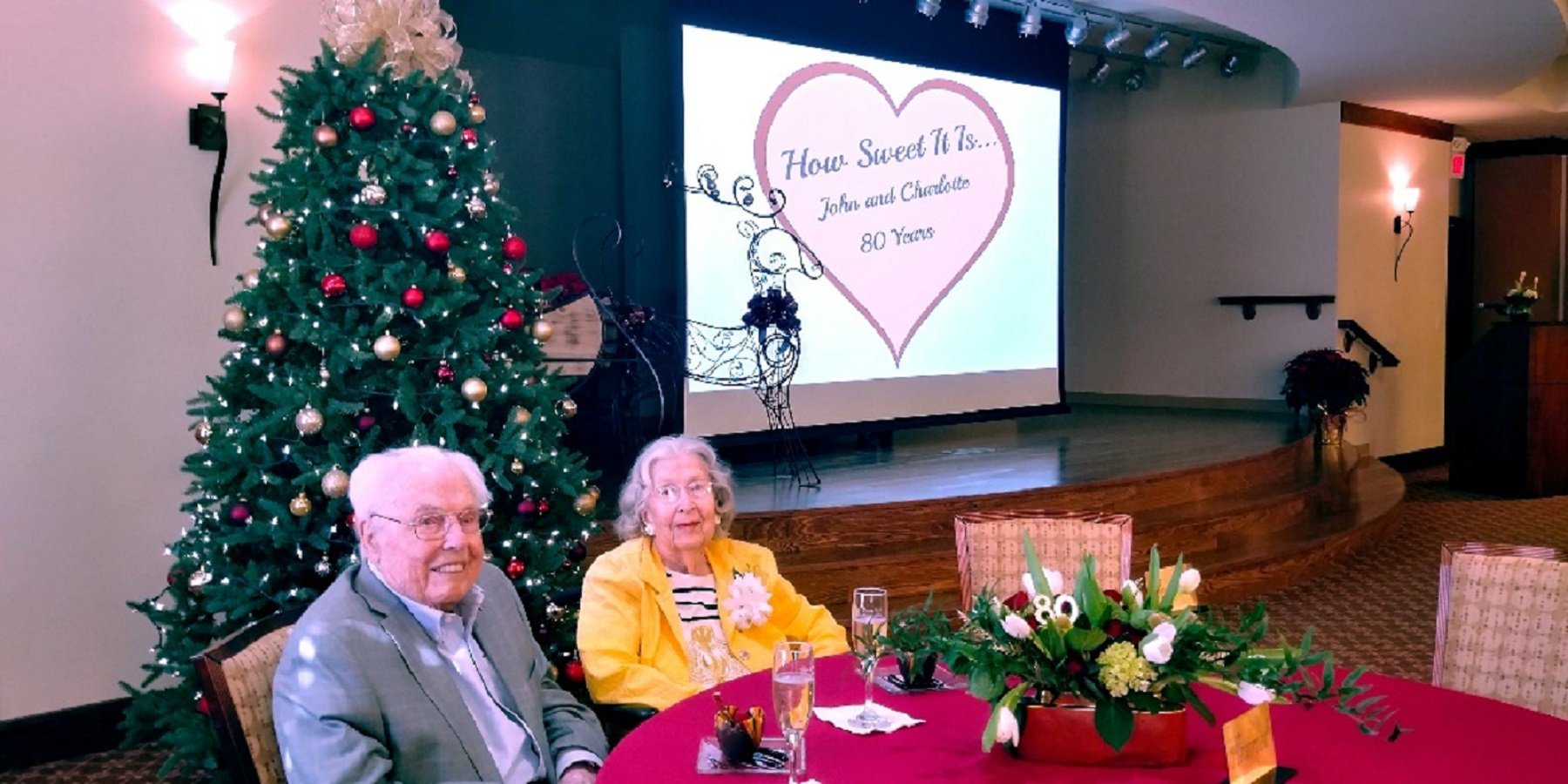 Jim Bissett is also a resident at Longhorn Village and has been friends with the couple for 10 years.

"They're just gracious, nice, kind people," Bissett told KXAN. "They're the salt of the earth."

Both John and Charlotte are still very healthy and say the secret to a long life and a happy marriage is to live life in moderation.

And, be cordial to your spouse, John added.

The couple will officially mark 80 years of marriage on December 22, 2019.