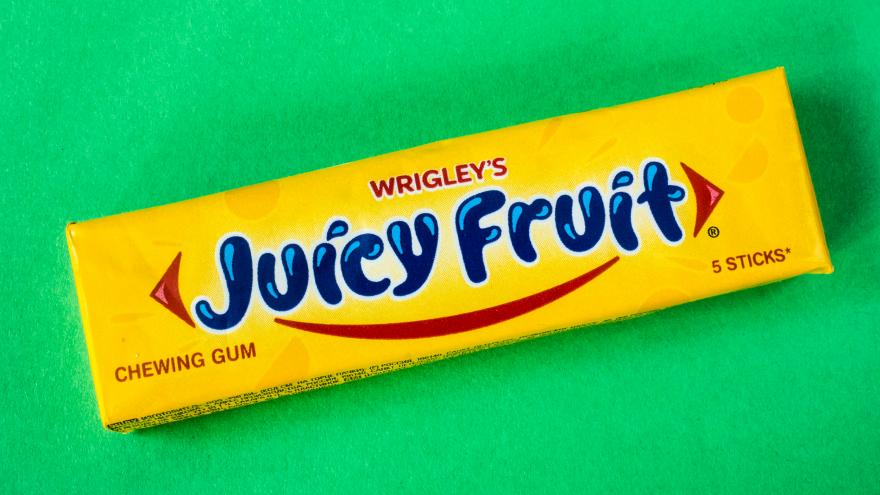 (CNN) -- A World War II veteran's wish to have his casket painted to resemble a pack of Juicy Fruit when he dies has been granted.

Suttie Economy, 94, told his friend Sammy Oakey, President of Oakey's Funeral Service, his last request is to have his casket painted like the iconic, yellow Wrigley's Juicy Fruit pack of gum when he passes.

A unique ask -- Oakey told Economy he would do the best he could to honor the veteran's wish when he called.

A family friend for at least 45 years, Oakey told CNN that Economy is a unique and patriotic individual known famously throughout the Roanoke, Virginia, community for handing out Juicy Fruit gum to everyone he meets.

Economy was admitted to the Salem Veterans Affairs Medical Center in Virginia three weeks ago due to a heart condition. A week later, the veteran was moved to the Virginia Veterans Care Clinic, where he currently resides with his health improving.

"Suttie would come in here for visitation or just come in to visit and he would always bring a bunch of packs of Juicy Fruit chewing gum and put it out for the employees to enjoy," said Oakey.

"He didn't just do that here. He did it at restaurant and doctor's offices wherever he went."

During World War II, Wrigley supported US troops by taking Wrigley's Spearmint, Doublemint and Juicy Fruit off the civilian market and dedicating the entire output of these brands to the US Armed Forces, according to Mars.

Economy became fond of Juicy Fruit during the war and had been giving it away to his community ever since he came home, according to his brother, John Economy.

"It served as a symbol for his mission to talk to people about the World War II memorial and to honor the deceased veterans that died for our freedom," his brother said.

Oakey's first request to use Wrigley's Juicy Fruit logo and trademark on the casket was denied by the Mars Wrigley company. With the help of social media, the veteran's wish to use the branding gained widespread traction.

Economy was excited to hear the good news. The funeral service thanked the community for their support with a post on their Facebook page.

Last Friday, 250 packs of Juicy Fruit gum were delivered to the funeral home for the family, who has since picked it up.

For now, the family is not certain when the casket will be painted, but plans to find an artist soon, Economy's brother said.