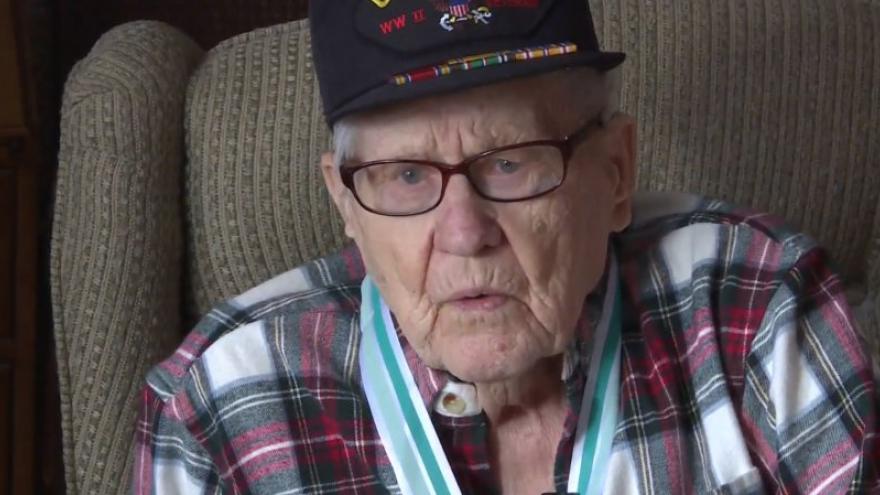 CHICAGO (WBBM) -- Here’s a Valentine’s Day tale of an entire town’s love, not for their significant others but for a 99-year-old World War II veteran.

His neighbors in northwest Indiana came together to make a special day even more special. CBS 2 Morning Insider Tim McNicholas shares a story 100 years in the making.

Wes Schafer served all over in World War II — from important missions on the Pacific to officer training at Yale University.

“They sent me to USS New Mexico.”

The Navy veteran even left Pearl Harbor, headed for the Atlantic, just a few days before the Day of Infamy.

“We wanted to go back but they say no you have to go see if you can get this ship sink over there,” Wes said.

“Everybody had a thing to do. And I was doing mine. And everybody else was doing theirs. And that brought it to where we won the war.”

Now, due to a pandemic, he mostly stays in just one place.

“I been in the house here for over a year. I just got my chair and watch the television. That’s all. Take care of my wife and I feel all right,” he said.

His son Terry doesn’t want his parents getting sick, so even for their recent 72nd anniversary, in-person parties were off-limits.

“Prior to the pandemic we would always have something at least for their anniversary,” Terry said.

But now Wes is fast approaching another milestone — one so big that FaceTime and Zoom just won’t cut it.

“A birthday coming up.”

“100 years. Not everybody makes it to 100 years, so I wanted to do something special,” Terry said.

Terry posted a picture of his dad on Facebook and asked his friends and anyone else to send birthday cards.

“It’s okay to send more than one,” he wrote.

Birthday greetings from all over the country from friends, strangers, and a nearby elementary school.

“And there’s more coming. That’s great, I like to look at em,” Wes said.

A local business called Card My Yard even donated a lawn display. Everyone doing their part for a guy who knows a thing or two about that.

“I really appreciate this and that’s all I can say.”

And of course, the celebrations won’t stop there. Griffith first responders will lead a small parade past Wes’s house for his birthday on Wednesday — complete with lights and sirens. He plans to watch it all from his front porch.