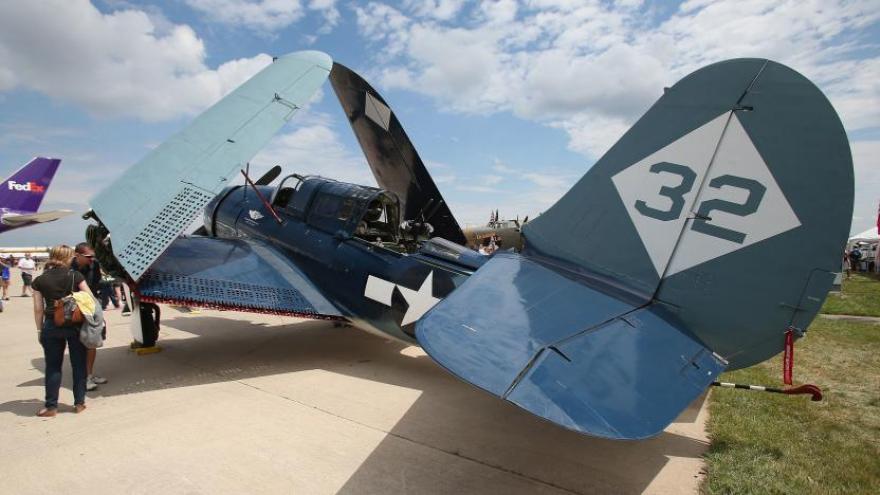 File photo of a World War II-era SB2C Helldiver dive bomber. Several Word War II warbirds will take to the skies over Houston on May 8.

(CNN) -- Houston will get a live look at aviation history when World War II-era planes fly over the city next Saturday.

The Lone Star Flight Museum is organizing the Fight to the Finish Flyover to mark the 75th anniversary of VE Day on May 8 -- the day Germany's unconditional surrender to Allied forces was announced in 1945.

"While it is the mission of the museum to commemorate the 75th anniversary of the end of WWII, the Lone Star Flight Museum and its partners felt compelled to lift the spirits of the Houston community while we fight COVID-19," the museum said in a statement.

"The program name, Fight to the Finish, was originally a nod to the efforts of those that fought in World War II, but today has even more significance that anyone could have imagined."

The museum is flying nearly 30 historic warbirds on a path that darts over 18 neighborhoods in the Houston area, beginning and ending at Ellington Airport.

The flyover is planned with Covid-19 social distancing orders and guidance in mind.

"The FAA-approved flight path was designed to allow spectators to see the aircraft from the safety of their homes," the Lone Star Flight Museum said, telling spectators, "We are bringing the planes to you!"

Scores of people across the US watched as the Blue Angels and Thunderbirds conducted formation flights over Washington, Baltimore and Atlanta on Saturday.