World Suicide Prevention Day: Here's how to help in 2021 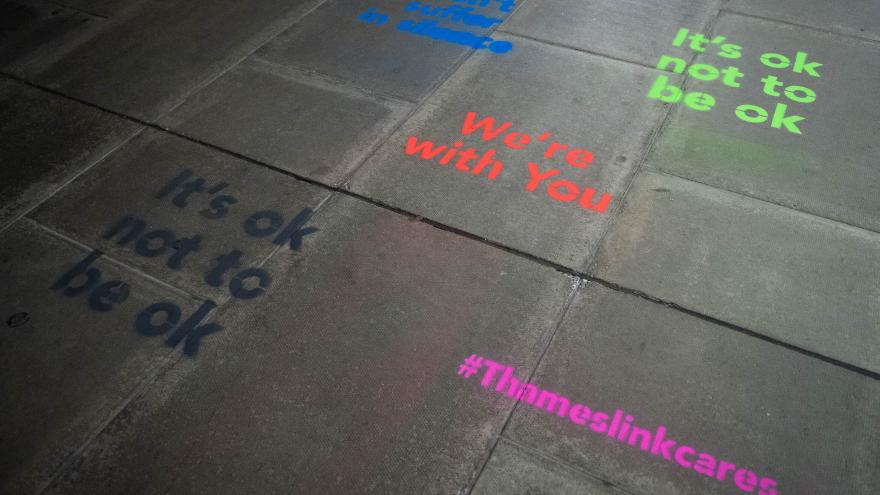 (CNN) -- More than 700,000 people die by suicide each year, according to the World Health Organization.

Translated: Every 40 seconds, someone in the world takes their own life. That's a sobering statistic to ponder today, on 2021's World Suicide Prevention Day.

Suicide rates have been climbing for years in some parts of the world. In the United States alone, suicide rates have increased by 35% between 1999 and 2018. The US Centers for Disease Control and Prevention calls suicide a "growing public health problem."

Experts fear suicidal thoughts may escalate due to economic hardship and mental stress caused by another lethal crisis facing the world -- Covid-19, the disease caused by the novel coronavirus.

A leading public health group estimated last year that as many as 75,000 Americans could die due to drug or alcohol misuse and suicide connected to the pandemic.

President Joe Biden expressed his concern in a proclamation released Thursday announcing that September 10 is World Suicide Prevention Day in the US.

"And that was before the COVID-19 pandemic compounded, for many, feelings of isolation, exhaustion, and economic and public health-related anxieties. Increased rates of depression have sparked concern that we will see a further increase in suicide rates."

A study released in June further highlights those fears. The CDC found emergency department visits for suspected suicide attempts started to increase in May 2020 among adolescents ages 12 to 17, especially girls.

"The mean weekly number of these visits was 26.2% higher during summer 2020 and 50.6% higher during winter 2021 compared with the corresponding periods in 2019," the CDC researchers wrote.

All ages, races and income levels are at risk, with 77% of all suicides occurring inlower- to middle-income countries, according to WHO. Globally, youth can be hardest hit: Suicide is the fourth leading cause of death in 15- to 19-year-olds around the world, the agency said.

And that's only part of the grim picture. For each person who has died by suicide, many more people think about or attempt suicide, according to the CDC. In 2019, 12 million American adults seriously thought about suicide, 3.5 million planned a suicide attempt, and 1.4 million attempted suicide.

"If you or a loved one are thinking about suicide, please know that you are not alone and help is available 24/7 by calling the National Suicide Prevention Lifeline at 1-800-273-TALK or through the Crisis Text Line by texting HOME to 741741," Biden wrote.

"Next July, the new Mental Health Crisis Line 9-8-8 will take effect. By expanding the crisis line and investing in our Nation's crisis care infrastructure, we have the opportunity to prevent suicides and save lives," he continued.

There are ways each of us can help prevent suicide. Here's how to do your part.

There are many risk factors that can lead to an increase in thoughts about taking one's life. It's important to recognize these in yourself or a loved one, experts say, because many people do not talk about their thoughts of suicide in advance.

Is there a history? People who have a mood, anxiety, alcohol or other substance use disorder, a major physical illness or a history of trauma, abuse or suicidein their family are at higher risk, according to the CDC.

Was there a loss? A death in the family, the loss of a jobor the loss of a relationship is a risk factor for suicidal behavior, especially if they feel isolated or alone without social support, the American Foundation for Suicide Prevention says.

Economic distress is a reality facing millions who are out of work right now due to Covid-19-related job loss, social isolation or quarantine.

Is there a belief system that honors personal sacrifice? People with religious or cultural attitudesthatsee suicide as a noble resolution of a personal dilemma are at higher risk, according to the Suicide Prevention Lifeline.

Can they get a gun? Research has shown that easy access to firearms is also a key risk factor.

Did the person survive a suicide attempt? Any previous suicide attempt is the single most important risk factor, according to the WHO. But there is also an odd "copycat" phenomena where suicides increase after local clusters of suicide or deaths of famous celebrities reported in the media. For example, deaths by suicide rose by 10% in the US after comedian Robin Williams ended his life in 2014.

Again, not everyone will give their friends and loved ones verbal hints about their suicidal thoughts. That's why it's important to look at actions as well as words to recognize warning signs.

According to the National Institute of Mental Health, be wary if your loved one:

Be sure to regularly check on loved ones. During the pandemic families and friends are more isolated and alone and many warning signs may be tough to recognize. Listen carefully when you talk to them about to their concerns and observe how they are expressing themselves.

If you are having suicidal thoughts

TrevorLifeline, a suicide prevention counseling service for the LGBTQ community, can be reached at 866-488-7386.

Befrienders Worldwideconnects users to the nearest emotional support center for the part of the world they live in.

Crisis Text Line, which Biden mentioned, is an international service that provides a live, trained crisis counselor via a simple text for help. The first few responses will be automated until they get a counselor on the line -- which typically takes less than five minutes.